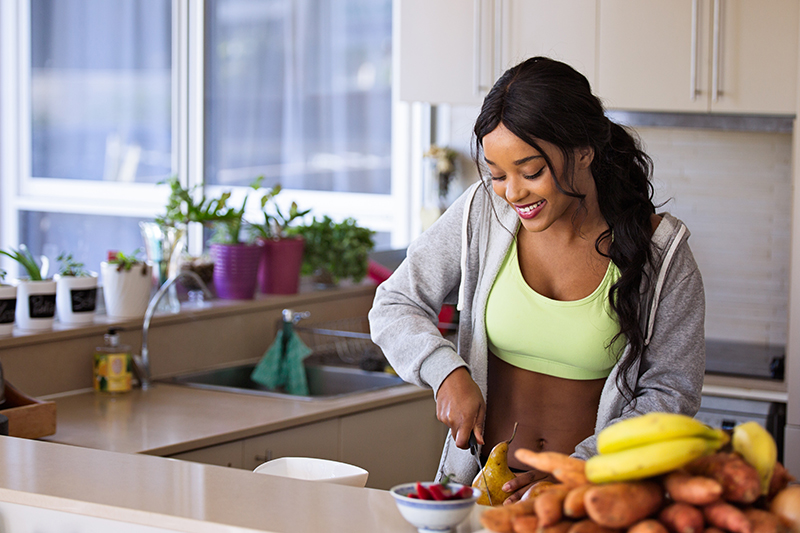 Nowadays vegan diets are popular as a way to possibly prevent and manage chronic diseases. Proponents of these plant-based diets claim that they provide several health benefits, including lowering the risk of cancer, obesity, diabetes, and heart disease.

For the average individual, eating a well-balanced plant-based diet is nutritionally sufficient. Vegan diets, however, take plant-based eating to the extreme. When they adopt this type of diet, many athletes fail to think about their nutritional needs as high performing individuals.

The Difference between Vegetarian and Vegan

The different between these two types of diets is the quantity of animal products eliminated. Although vegetarians eat mostly plant-based food, they may also include eggs, dairy, or even fish in their diets. On the other hand, vegans do not eat any animal products, including supplements from animal sources. Some even avoid wearing clothing made from animal products or leather.

What is the influence of vegan style of life on achievement in sports?

To support their high level of physical performance, athletes have unique nutritional needs. Intense physical activity or action increases neutrophil function and killer cells, which can cause slightly suppressed immune function. This, in turn, can increase the risk of developing bacterial infections, thereby compromising an athlete’s training and performance.

Additionally, due to their high level of physical activity and performance, athletes are at a higher risk of developing oxidative stress, which can lead to the creation of free radicals that cause long-term damage to their bodies. To help reduce oxidative stress and neutralize the formation of free radicals, it is important to eat foods with high antioxidant properties, such as vegetables and fruits.

A vegan diet, therefore, can help fix some of the damage cause by high intensity physical activity. According to proponents of this type of diet, it can be highly beneficial to athletes since it helps them recover faster. As mentioned earlier, however, athletes need to make several considerations to meet their high nutritional needs and maintain their health.

There is limited research on the relationship between a vegan lifestyle and achievement in sports. Based on the studies performed, however, there does not seem to be a decrease in performance for athletes who adopt a well-balanced vegan diet. Nevertheless, some diet and nutrition experts remain skeptical about the nutritional adequacy of a vegan diet, especially for athletes.

Athletes need to pay more attention to their diet and eating habits that the average person. Some of the most important nutritional concerns for athletes include vitamin B12, omega-3s, vitamin D, iron, and others. Unfortunately, some of these nutrients may be lacking in a vegan diet.

Vitamin B12, for instance, is a major concern for vegans since it is only available in animal foods and products. It is important for the function of the nervous system and DNA synthesis, and deficiency can increase the risk of heart disease and cause permanent neurological damage. Since there is no source of vitamin B12 in a plant-only diet, most vegans use supplements.

Omega-3s are very important to human health; therefore, people need to consume them in their diet. Due to their anti-inflammatory properties, they are essential to athletes because intense physical activity increases the levels of inflammation. ALA is a type of omega-3 contained in plants; however, the two other omega-3 fats, i.e., DHA and EPA, are not available in a vegan diet.

Unfortunately, ALA is non-active; therefore, the body cannot use it unless a converted to active DHA or EPA. On average, only 1% of ALA becomes active; thus, its conversion is very ineffective. Most vegan athletes, therefore, supplement with DHA or EPA because of their proven health benefits.

Nowadays, many people have deficient levels of vitamin D since food is a poor source of this vitamin. Fortified milk and fish are the best sources of vitamin D, although mushrooms also contain a small amount. Fortunately, athletes who adopt the vegan diet can meet their vitamin D needs from sun exposure. It is necessary for muscle function, calcium absorption, and bone health.

It is extremely important for athletes to take adequate amounts of iron, which transports oxygen to muscles. Without this nutrient, the performance of any form of athletic activity would be impossible. Iron that comes from animal foods is several times better that plant-based iron. Therefore, athletes who adopt a vegan diet need to take iron-rich foods such as green leafy vegetables, fortified cereals, and beans.

Obviously, every athlete wants to avoid infections and illnesses. According to some research findings, athletes who adopt a vegan diet tend to be less susceptible to illnesses. This is probably because of the immune-boosting properties of plant-based foods. However, they still need to consider nutritional concerns.