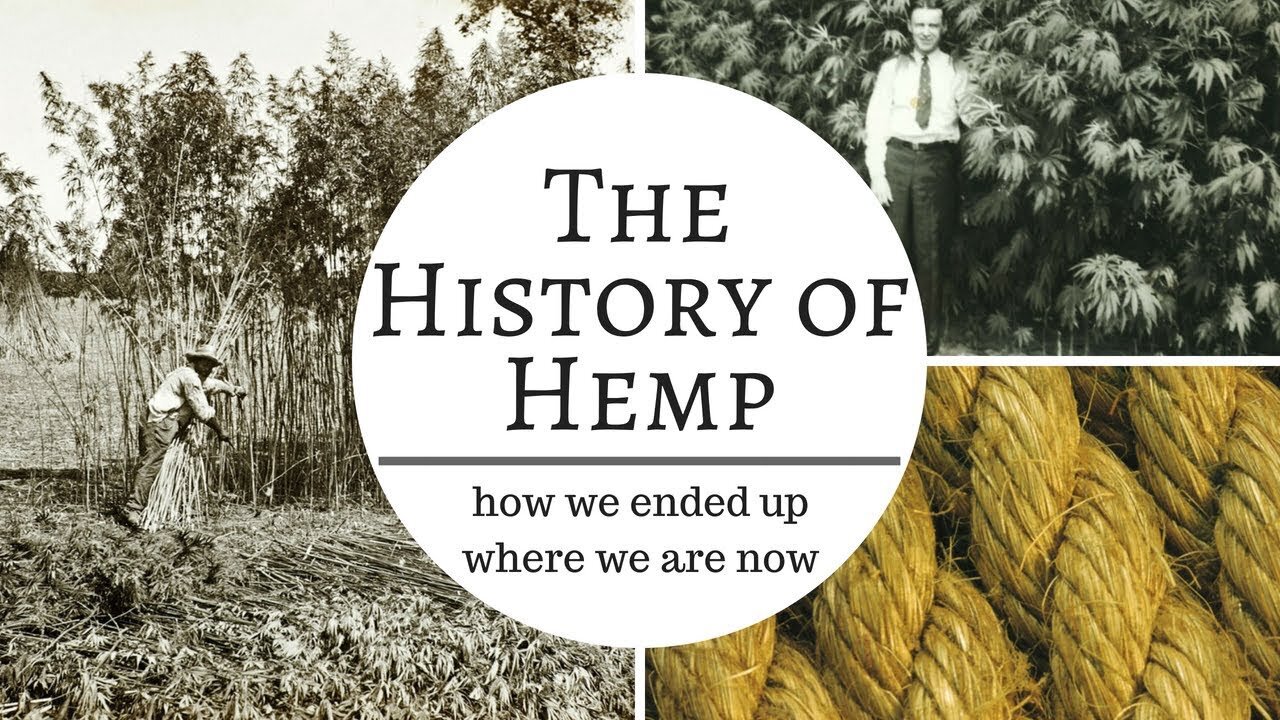 The hemp plant, as well as all its additional products created from it such as CBD, hemp seeds as well as other things, has become a very popular commodity in recent years, due in part to the legalization of cannabis in many US states. With it becoming more and more prevalent in common culture, it’s essential to know enough about it, its origin and its historical uses, so that as a consumer you can make informed decisions when it comes to potentially buying any related products. This is not a complete history, but instead a summarization to give you an overview and a solid understanding of this intriguing and increasingly valuable plant.

Before diving into the history, it’s essential to know what we’re actually talking about. Industrial hemp is not marijuana, meaning that it’s not the product with the high THC count that gives you psychedelic reactions when you smoke or consume it otherwise. They both derive from the genus Cannabis, but what distinguishes industrial hemp is that it has 0.3% THC – the chemical that actually gets you ‘high’ – or less. They have similar characteristics, but also have unique traits for application purposes.

Hemp can also be used to grow and produce hemp seeds, which are a great source of protein and may have a plethora of other potential health benefits. You can buy CBD seeds online, but do make sure to do the research to decide if they’re right for you.

Things it was used for

Going back even as far as the 1600s, hemp was a vital crop for North Americans and was used to make a whole range of products. Back then, until 1937, when the Marijuana Tax Act was passed, making it illegal to produce marijuana and, therefore, the hemp plant, growing hemp was normal and, in fact very popular, due to its many applications. Throughout its history it’s been used to make:

Hemp has been around for well over 10,000 years and was an essential source of food for both the ancient Chinese and the Mesopotamians. They were even used to provide medical relief and comfort from a variety of ailments during early human civilization right through to the ancient Romans.

However, despite all these varied and interesting uses, there’s one potential use that so nearly became widespread and would have done so if it wasn’t for the aforementioned Marijuana Tax Act.

Hemp oil was one of the most common products and uses from hemp and was usually extracted from an oil press, which crushed and squeezed the oil out from the seeds. Up until about the early 1900s, hemp oil was used as an ingredient in cooking and even an ointment; however, a huge name in the car manufacturing world saw even more significant potential for the material.

Henry Ford revolutionized the automobile and thus the world when he introduced the Model T. to the world, but he had visions beyond this breakthrough. Henry wanted to create a car manufactured and fueled by hemp and in the 1930s even made a prototype of the car that boasted a seemingly invincible body, suggesting that the technology was entirely possible. However, as you may have guessed by now, The Marijuana Tax Act put a stop to those plans, but things worked out for the man anyway.