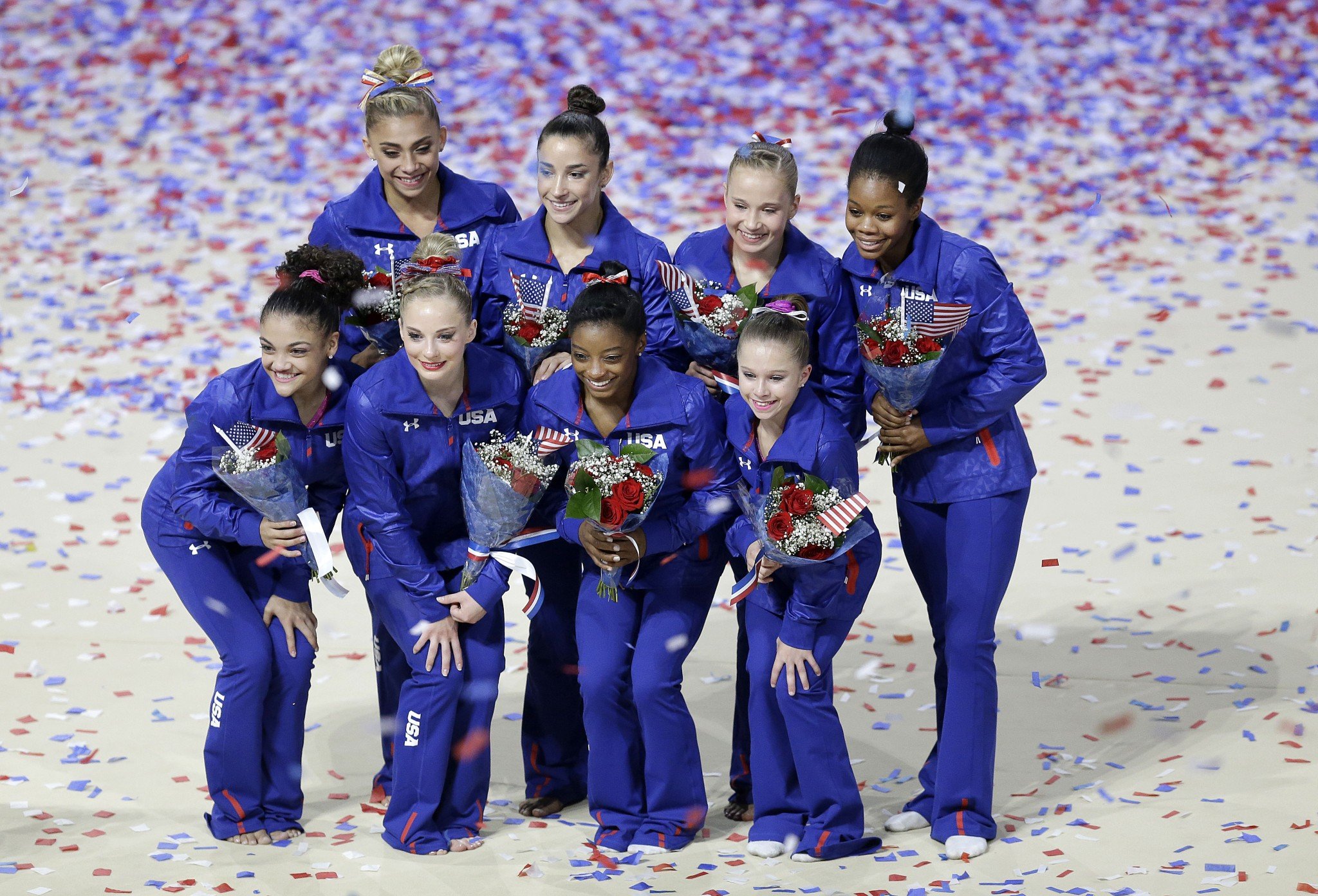 The U.S. women’s gymnastics team headed to the Summer Olympics in Rio de Janeiro will have that familiar gold-medal feeling.

Any drama about the final five waned early Sunday night at the Olympic Trials, as Gabby Douglas paired a clutch vault with a nearly flawless uneven bars routine to cement her chance to defend her first-place all-around finish at the 2012 London Games.

She will be joined by the woman most likely to take her individual crown, Simone Biles, who was so amped up during her floor exercise that she took a step forward and got a deduction. No matter – Supernova Simone is the runaway favorite in Rio and anything but an all-around gold would be a surprise.

“Grandma” Aly Raisman will return to the Olympics for a second time, seeming calm and sure at the age of 22. She is the emotional leader of the group, and she had the least amount of drama this weekend. She was a stalwart on the beam, betraying no skittishness despite several falls from teammates this weekend, including Biles.

Then there are the newer names to know: Laurie Hernandez, 16, will be one of the youngest Olympians at the Rio Games. She captivated the crowds here at SAP Center to such an extent that a current of murmurs ricocheted through the stands when she approached the floor for her routine. Chants of “Laurie! Laurie!” soon followed, and she delivered with a panache that has given her Wheaties Box star power if not the scores to compete with Biles