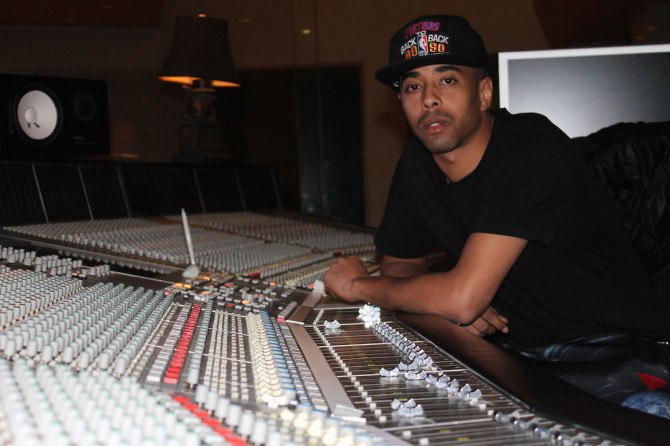 Gucci Mane was arrested back in 2013 and has been putting out music ever since. Everyone has been wondering how this is happening. Does he have a studio in his cell? Is he recording over the phone?  He has dropped 24 projects in total, and all of them are available to purchase on iTunes. He reportedly made $1.3 million in 2014 alone, while incarcerated for the entire year.

And we all know the stories that when Gucci was home he would just live in the studio, literally. Yesterday, there was an interview released by Pigeons and Planes and they introduced the man behind it all Sean Paine. And if you are an upcoming in whatever your passion is, this story should inspire you to go after your goals and always be ready.

Check out some highlights from the interview from Pigeons and Planes

How did you get connected with Gucci?
I met him through Cory, his engineer at the time. And I met Cory through my brother. I was interning at Patchwerk Studios.

What happened at college that made you wanna get out of there?
Well, I didn’t really want to get out of it. My crib got raided. I was dibblin’ and dabblin’ in the streets while I was in college. I was a top-tier student, but I was also selling drugs. That’s what was going on. I was the weed man. And my crib got raided one time, a lot of stuff happened, and I had to get out of there. I abandoned school. I just withdrew because I didn’t want to mess my GPA up. I withdrew from all my classes, and I went up to Michigan. And that kinda stopped me for two years. I had all my classes done except for Spanish. Eventually I finished up Spanish and got my degree.

So where were you actually living? What was the set-up?
In the studio. I lived in the studio. At first I was there maybe two days. And then we drove to the studio—I think my car broke down or something—and he drove me out there and dropped me off. He kind of just took me hostage, man.

That’s what I want to get to next. How did you get to that point with him?
Well, I was working at Patchwerk and Gucci ended up buying his own studio. I didn’t know nothing about it. Patchwerk called me, and said, “SP, Gucci’s here. Pull up.” And he was like, “Hey man, I really ain’t working today. I bought my own studio, and I need you to come with me—what’s up?”

I didn’t really have no choice, because at that point, I wasn’t even living at my apartment no more. Nobody knew this, but I was sleeping in my car. I was engineering all these folks, and at the end of the night, I’m going to my truck, laying the back seat down and sleeping in my truck behind Wal-Mart.