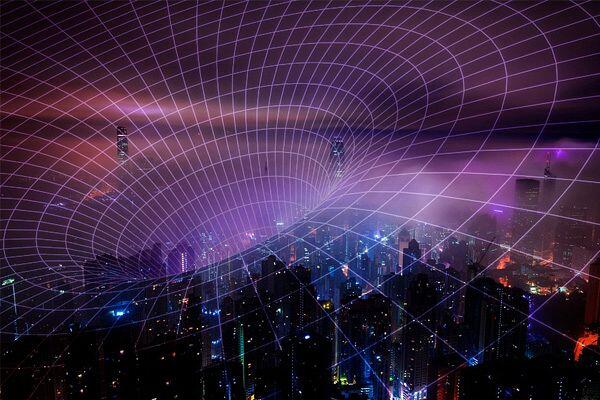 Whether you like it or not, you have probably heard a lot about 5G lately. Be it autonomous vehicles or wireless networks, there are those among us acting as evangelists and those openly voicing their discontent. As is often the case, this disparity occurs as a result of the oversaturation of misleading information in today’s culture. It is time to address the cognitive dissonance on both ends of the spectrum and lay rest to the hysteria, once and for all.

We have entered the fifth generation of cellular infrastructure. This wireless technology governs the way our smartphones interact with the networks that power our calls, messages, and data usage. Here is how we got there.

As with previous generations, 5G uses the cellular network to transmit data. That means it relies on strategically placed cell towers to send and receive radio signals. When you call someone or access the internet, your device interacts with the nearest tower. 5G differs from 4G because it uses a different type of encoding to transmit larger amounts of data through the same airwaves.

5G requires widespread upgrades to our infrastructure in order to facilitate faster speeds and improved reliability. The costs of these operations are going to be substantial, but they are also worth it. 5G has the potential to revolutionize our society, powering everything from smarter traffic systems to better healthcare. “What cannot 5G do?”, I hear you not asking. Well, that would have been a good question – allow me to respond, hypothetically.

Technology and confusion go hand-in-hand. Whenever something new appears in our lives and upsets the established order, it brings with it an amount of uncertainty. 5G is no exception to that. Here are just a few of the most common misconceptions you have most likely encountered along the way.

“5G will completely replace the previous-gen”

With the release of new technology, the old does not disappear overnight. The transition from 4G to 5G will be a slow process, a gradual evolution as opposed to an overnight revolution. Furthermore, 5G coverage is dependent on the infrastructure in a given area. In other words, there will still be locations with no 5G coverage, where 4G is accessible.

While it is true that 5G uses higher frequency and higher intensity wavelengths to transmit signals, these are still not high enough to have any meaningful effect on the human body. Let’s back it up a little bit. In the early 2000s, a professor named Bill Curry performed a study that showed an increase in wave absorption by the brain when it is exposed to higher frequencies. What the study failed to show, however, is that while this may be accurate for directly exposed tissues in a lab, it does not apply to tissues beyond the skin, which block higher radio frequencies. And no, 5G does not cause coronavirus.

To an extent, this is correct. Upgrading to 5G infrastructure will indeed increase the transfer rate, often referred to as bandwidth, but it will also, perhaps more importantly, substantially broaden connectivity and minimize interruptions. More internet for everyone!

Countries around the world are investing in 5G infrastructure because they recognize that the benefits far outweigh the investment costs. It is estimated that the infrastructure rollout has amounted to $2.7 trillion as of 2020, and more money will need to be spent before we can consider the process complete.

But the general idea is that this up-front investment will pale in comparison to the amount of money that it will help to generate through increased productivity and a more global marketplace. According to research, 5G will generate $247 billion in revenue in 2025.

Much of it comes down to access to a faster and more reliable internet connection, especially for those in rural areas. This holds true for developing nations, too. In fact, there are entire countries in Africa that missed the desktop revolution, with villagers going from having nothing to using smartphones and tablet computers.

To some, a smartphone is their only connection to the outside world. People around the globe are opening their first bank accounts through a smartphone so that they can more easily trade with each other. 5G could soon be at the center of it all.

Although it may seem that the discourse of cellular networks has been largely dominated by misinformation and conspiracy theories, the upside is that society is slowly beginning to wake up and see the potential 5G has to offer.

There are other groundbreaking developments when it comes to connectivity technology. Elon Musk’s Starlink program has already generated a lot of excitement within the technology sector and the general public, alike. Starlink tackles the same problem that 5G aims to solve, but from a different perspective. Instead of using a network of towers on the earth’s surface to transmit a cellular signal, Starlink will use a network of satellites to provide unlimited coverage across the globe. It is a more futuristic approach and a risky one at that. However, the program could revolutionize telecommunication should it succeed.

5G is here to stay, because greater connectivity means more opportunities for all. While there are currently no known plans for 6th gen cellular, emerging technologies are both inevitable and essential to the progress of society. When they do come around, we, as independently thinking adults, should dedicate time to educate ourselves and screen the information we find along the way. There are no boundaries for the curious mind, and seeing as the future looks bright – let us walk into it with well-informed enthusiasm.