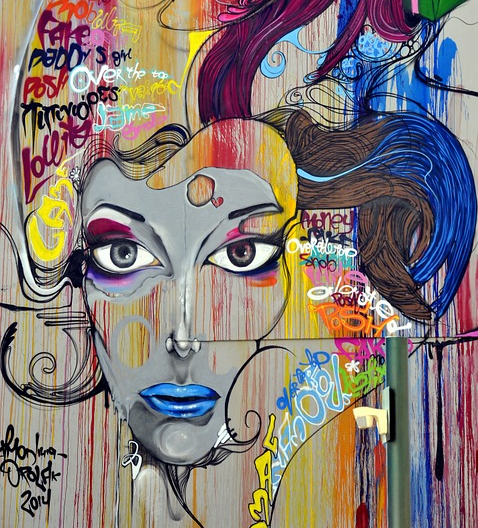 There is something magical about finding art pieces and displays outside of a gallery or museum. Coming across pieces of art unexpectedly can sometimes be just what you needed to uplift your day, inspire you, or provoke your imagination. The joyous thing about art is that it comes in many different mediums and can be found just about anywhere, whether intentionally placed or not.

A new style of art pieces have been springing up across the globe using repurposed items, like car parts and plastic bottles. Artists are seeing the need to upcycle items to reduce the amount of waste they generate in their artistic expression — also changing the meaning of the art piece itself. Incorporating previously used items can allow these pieces to fade into urban settings, enabling you to walk past them numerous times before noticing them.

Alexander Michael Wong selects used skateboards as his medium. When he moved to Santa Cruz, California, he became deeply involved in the skateboarding scene and watched many skaters break their boards in half doing a trick and then throw them in the garbage. In an effort to keep them out of the landfill, Wong used them to create pieces of furniture and wall hangings that you would never know were composed of skateboards. Wong never would’ve guessed that going to the skate park would help him to find a career as an artist.

The appeal of banned and prohibited items has been a fascination of many people around the globe. Those that have chosen to use pieces of contraband to portray artistic expression are often rewarded with praise and intrigue. As the legalization of marijuana continues to gain momentum, glass blowers are using smoking paraphernalia to showcase their talents. Those who are going into a shop to simply buy a pipe are greeted with displays of intricate pieces that had hours and days invested into their designs.

Other artists are petitioning and collecting contraband to create beauty out of once illegal, harmful items. In the town of Culiacán, located in western Mexico, there is the highest rate of deaths by gunshot than anywhere else in the country. Pedro Reyes set out to give back to his community by starting a campaign to collect firearms from his community to get them off the streets. Coupons were offered in return for the donation of the guns (most of them illegally obtained by their owners), and then they were publicly smashed by a steamroller. He took the remaining gun parts, melted them down at a foundry, and created shovels to be used for planting flowers in the area and other cities across the globe. The unexpected, artfully crafted shovels are now on display.

There is now an underground subculture of people who likes to refer to themselves as street art hunters. They are on the lookout for art in unexpected places. Typically street art is ephemeral in nature and will fade away over time, creating an even more powerful allure. An app has been created to share the street art that you find for other street art hunters to seek out. Street art can range from a simple spray painted stencil to full-blown art installations — they don’t necessarily have to be on the street to be appreciated either.

Eco-artist Andy Goldsworthy creates nature art pieces that are also ephemeral in design. He composes visual symphonies of color and texture using only what he finds in nature. They are typically stumbled upon by accident, as if left behind by a group of crafty fairies. He purposefully places them in areas where the natural elements will decompose them in a whimsical unraveling. For example, the hive that he built out of sticks and twigs in a bay that unraveled itself as tide rose.

Art in itself should be unexpected. What kind of art can you offer the world?