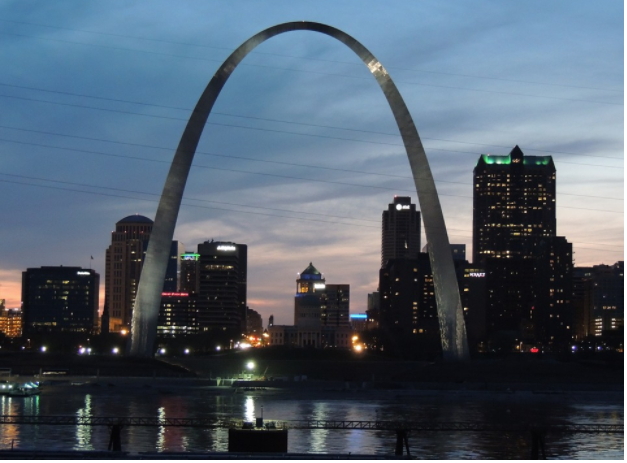 Ready to get out and explore a bit more of the United States? There are plenty of cities to choose from, but you can’t go wrong when you visit St Louis in Missouri that sits on the grand Mississippi River. Here are some amazing reasons why you need to meet us in St Louis.

Baseball is big news in St Louis, so it’s really worth trying to catch a game while you are in the city. The big team that calls the city its home are the St Louis Cardinals. You can catch them pitching at Busch Stadium. The Cardinals have been playing in downtown St Louis since the 1960s but only moved into this modern stadium in 2006.

There lots of local specialties and dishes that you can sink your teeth into when you are in St Louis. For starters, try the famous Gooey Butter Cake and some frozen custard. There are lots of savory treats as well, including St Louis style pizza. This thin-crust pizza uses Provel cheese and is always cut into squares. There’s also some great international cuisine to try at the likes of Lonas Lil Eats and other downtown restaurants. No matter what you want to eat, you’ll be able to find it in St Louis!

If there is one movie that has put St Louis on the map, it has to be “Meet Me in St Louis”.

This hit musical starring Judy Garland was set during the 1904 World’s Fair in the city. Unfortunately, the majority of the movie wasn’t filmed in the city, but there are still some relics of the fair that you can spot. For instance, you can still visit the St Louis Art Museum that was built specially for the fair.

Stroll Through The Gardens

It’s also worth checking out the Missouri Botanical Gardens. The gardens feature the second-largest herbarium in America with over 6 million different preserved herbs. Lots of different festivals are held in the gardens throughout the year, so you might want to try and time your travel so that it falls during one. For instance, there is an annual Japanese festival in the garden, and you can see examples of some impressive Bonsai all year round.

St Louis is home to a number of notable galleries that are really worth checking out. The Contemporary Art Museum St Louis and The Millstone Gallery at COCA feature high up on many visitors’ to-do lists. You’ll also find the Pulitzer Foundation of the Arts in the city as well. This features many contemporary works of art and also has exhibitions that focus on culture and architecture.

So, next time you are trying to plan a vacation, you should definitely consider St Louis. It is certainly the biggest jewel in Missouri’s fine crown!

Don’t forget to send us a postcard!

6 Tips in Choosing the Perfect Coffee Table
TRAVELER OF THE WEEK: DIANA J.
To Top