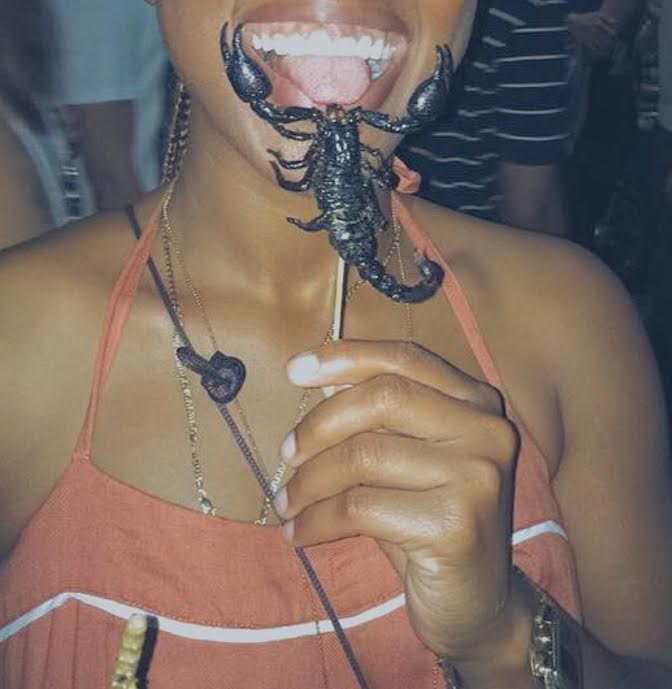 It’s a new week, and that means it’s time to meet another nomad! So far you’ve met a gregarious Gemini who adored Paris, a Jersey native on a mission to visit 30 countries by her 30th birthday, and today, you’re meeting someone new! I’m introducing you to an introvert.

Renee Blair may be shy, but she’s not timid when it comes to travel.  Despite her reticent personality, she’s completely open to new experiences around the world. In fact, her global escapades have helped her vacate her comfort zones and suppress her uneasiness when forced to converse with strangers.

So without further ado, let’s meet our new traveler of the week!

Have you been traveling since you were young?

I was born in Jamaica. I lived there for 12 years so I’ve been traveling for a while. When I moved to The States I was traveling back and forth to Jamaica and different islands. However, last year was the first time I went somewhere other than the Caribbean.

How many countries have you been to?

I’ve been to a total of 12 countries…five were solo trips.

Really!? Where did you go solo?

How did your friends and family react to your solo trips? Were they nervous?

They thought I was crazy. Some thought I was going to get kidnapped, but I assured them I would keep in touch every step of the trip. I’m sure they were worried if I would even make it back. In fact, they still say I’m crazy now. They always ask why I go on these trips alone.

Which do you prefer: group trips or solo travel?

Right now I prefer to travel alone, because I’m on my own schedule. I like to go out and be adventurous. Besides, I’m technically not alone because I’m always meeting people along the way.

Is there anything you dislike about solo travel?

Being the lonesome person I can be sometimes, it can feel forced when interacting with strangers. At some point in my trips I know that I’m going to be around people, and I have to be extra social so that I’m not alone.

How do you build the confidence to talk to strangers?

There’s another quote that I live by. Someone said it takes two seconds of bravery and everything after that is okay. I always take a deep breath and force myself to be outgoing for the two seconds that I need to be. Sometimes I have to talk myself into it and occasionally someone comes up to talk to me. It’s easier that way (chuckles).

Any advice for those thinking about a solo trip?

Pack light. Don’t plan. Things will come up and you’ll miss out on being spontaneous. And just do it! Just experience something new. Those two seconds of being brave is all it takes. After that everything will be okay.

I’ll be in Panama for two weeks. I’m also going to China for three months for school. I’ll be gone from August to December so I have to quit my job. I would like to walk the El Camino de Santiago in Spain. I watched a movie and thought it would be something I would like to do. I also want to go to Antarctica.

What do you enjoy the most about traveling?

Just experiencing different cultures and opening my mind to different things. You also meet some very interesting characters. Most of the time I meet other travelers.

What’s your favorite trip so far? Why?

I’m going to say Thailand. It’s crazy because a lot of unfortunate events happened while I was there. I got sick. I don’t know what the hell I ate. On the first night it rained. We had to walk through puddles. I remember something felt weird on my leg. Turns out it was a leech. The tour guide took it off. I don’t remember how, because I didn’t want to look. It’s funny because so many crazy incidents occurred that could’ve potentially ruined my experience, but it ended up being my favorite trip! I met some awesome people who I still talk to. Just exploring with them and laughing and not having to think about anything for a few days was great.

Before we go, let’s talk about this picture!

I ate a scorpion in Thailand.

How did it taste? And is that the craziest thing you’ve eaten?

Yes! It’s mostly shell until you get to the gooey inside part. It tastes like you would think it would taste like, if that makes sense. The shell part taste like whatever they season it with, but once you get to the body it’s just nasty.

Actually…I’m lying. Now that I think about it, the nastiest thing I’ve eaten was fermented shark meat. I can honestly say that’s the grosses thing I’ve ever had. I had that in Iceland. I went on the walking tour, and I told myself I was going to try everything. It was awful!

That concludes our interview. Make sure to check out Renee’s Instagram page @ren.rover. Her pics are amazeballs!