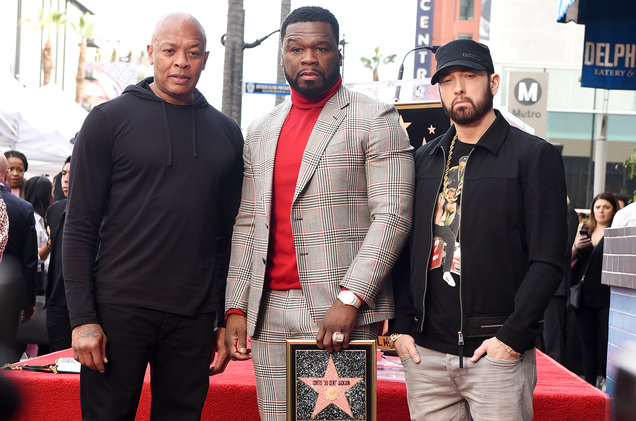 A star on the Hollywood Walk of Fame was unveiled Thursday honoring rapper-actor-producer Curtis “50 Cent” Jackson, 10 days before the finale of the Starz crime drama he produces and appears in, “Power.”

For fans of Jackson, the unveiling of his star on the Hollywood Walk of Fame is the ultimate celebration. Jackson also got support at the ceremony from his good friends Dr. Dre and Eminem.

“He’s an artist, an entrepreneur, an actor, a director, a producer. He can juggle,” said Eminem. “He’s great at Scrabble.”

“I just want to say thank you, man. Thanks for supporting me,” Jackson said.