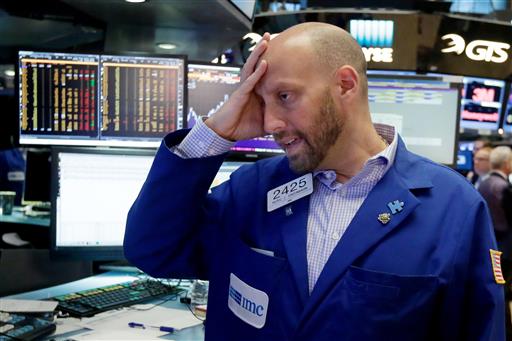 Britain’s vote to leave plunged the EU into a new existential crisis as it struggles to recover from economic woes, public disenchantment with Brussels-imposed austerity policies in debt-stricken Greece and Europe’s inability to manage the refugee emergency.

President Barack Obama on Friday said the European Union and the United Kingdom will remain “indispensable partners” of the U.S., as he tried to reassure Britons that the storied special relationship between Washington and London can withstand an impending and possibly messy divorce from Europe.

Stocks are plunging in the U.S. and worldwide Friday after Britain voted to leave the European Union. The result stunned investors, who reacted by rushing to the safety of gold and U.S. government bonds as they wondered what will come next for Britain, Europe and the global economy.

U.S. stocks took far smaller losses than markets in Europe and Asia, but were still sharply lower in morning trading. The Dow Jones industrial average was down 378 points, or 2.1 percent, to 17,631 as of 10:55 a.m. It was down as much as 538 points earlier

Britons voted to leave the EU over concerns including immigration and regulation. It’s far from clear what that will mean for international trade or for Europe, as the EU, which was formed in the decades following World War II, has never before lost a member state.

The vote brought a massive dose of uncertainty to financial markets, something investors loathe.