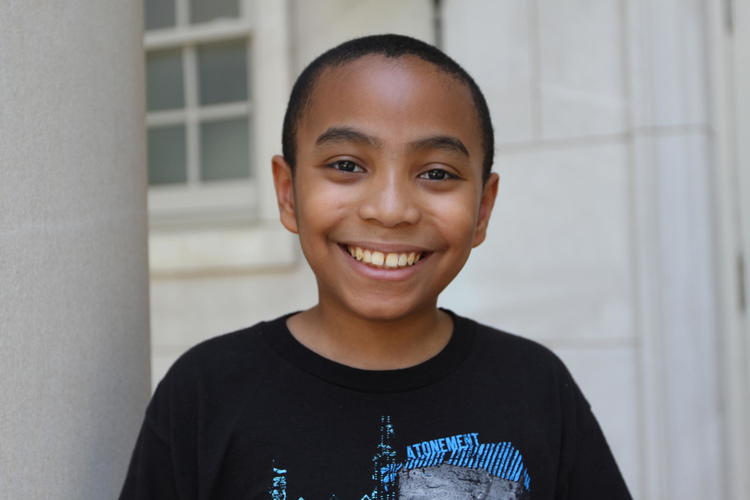 First-year student Carson Huey-You wants to become a quantum physicist. He scored a 1770 on the SAT, and he was co-valedictorian of his senior class. This semester he is taking 14 hours. His class load, which includes calculus and physics, has him moving between Beasley, Bass and Winton-Scott Halls.

His mother, Claretta Huey-You, is never far away. That’s because Carson is 11 years old. He was admitted to TCU when he was 10. Dean of Admission Ray Brown said he cannot recall ever having an applicant so young. Carson couldn’t even apply online because the software is not set to accept someone born in 2002, Brown said.

During his admission interview, Carson’s many talents were impressive. Brown said Carson spoke Mandarin Chinese, and played piano in the Admissions Center. Prior to Carson, Brown said the youngest student to enroll at the university during his tenure was Sam Hong, who graduated in 2011 at age 17.

Carson’s parents expect him to graduate in four to five years, when he is 15 or 16.Brown said he is pleased to have Carson at the university. “[Carson] is at a place that will genuinely care about him as a person,” Brown said.

Load More... Follow on Instagram
[Culture News] 10 Reasons Why Springing Forward in an Hour Messes Life UP
Obama Releases over 6,000 Prisoners – The Story behind a Mom and Daughter in Dallas Part 1
To Top