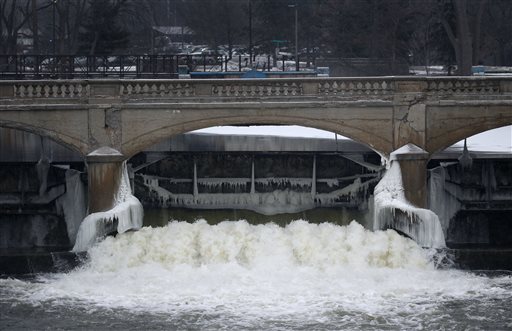 A regional director of the U.S. Environmental Protection Agency resigned in connection with the drinking water crisis in Flint, Michigan, the same day the agency’s chief issued an emergency order directing state and city officials to take actions to protect public health.

High levels of lead have been detected in the impoverished city’s water since officials switched from the Detroit municipal system and began drawing from the Flint River as a cost-saving measure in April 2014.

Ever since the full extent of the Flint water crisis emerged, one question has persisted: Would this have happened in a wealthier, whiter community?

Residents in the former auto-making hub — a poor, largely minority city — feel their complaints about lead-tainted water flowing through their taps have been slighted by the government or ignored altogether. For many, it echoes the lackluster federal response to New Orleans during Hurricane Katrina in 2005.

Here are a few celebrities who are using their reach to help in the Flint crisis.

Big Sean: He started the #HealFlintKids Fundraiser with Crowdrise and jumpstarted it with $10,000 of his own money.

Flint I love you, Im sorry you have to deal with this tragedy! This is a state of emergency n I have been seeing how me n my family can help

Cher:  She has linked up with Icelandic Glacial Water to donate more than 180,000 bottles of water to people in Flint.

Michael Moore:  He has established over 123,000 signatures in an online petition to ave Governor of Flint, Rick Snyder, arrested.

Meek Mill: He has donated $50,000 to help bring clean water to the city even challenging his rival 50 Cent to help out as well.

Load More... Follow on Instagram
Latino Millennials Have The Power, But Are They Using It?
[Culture News] Latino Educator Turned Doctor is NFL’s Concussion Expert
To Top