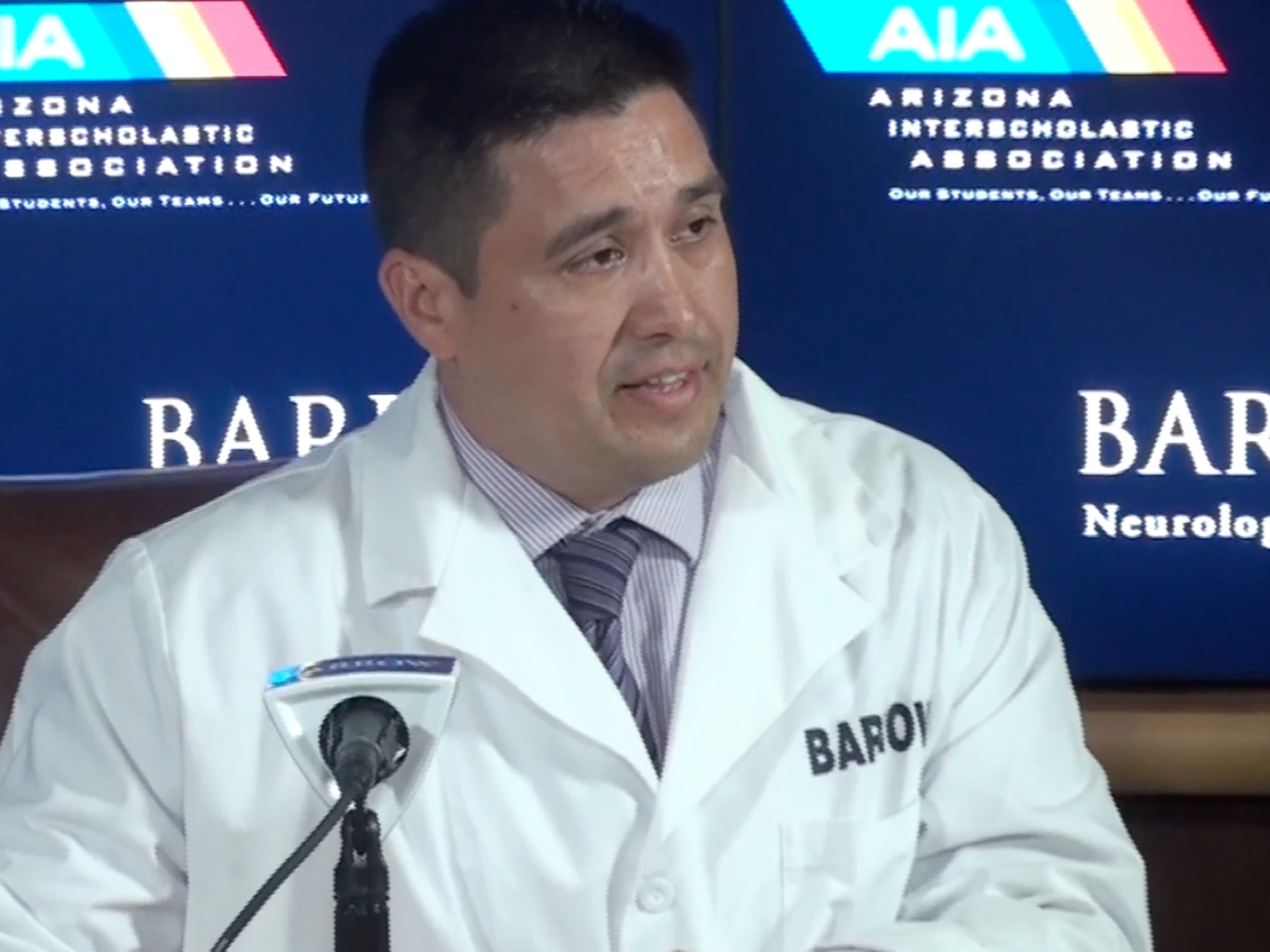 The National Football League continues to understand the impact of concussions on an athletes time in their sport. They are now  turning to  for advice in the treatment and prevention of concussions. The 40-year-old neurologist and director of the Barrow Neurological Institute’s Concussion Center in Phoenix is a leading expert in the field and sits on the NFL’s Head, Neck and Spine Committee.

Cárdenas, a former educator turned neurologist, advises the league on best practices for concussion prevention and management, as well as educates players about concussions and other forms of brain injury.

The fact that an athletic trainer can stop a game so a player can be evaluated immediately after a hit “is really unheard of in any sport.” The NFL has made efforts to better diagnose and manage concussions, says Javier.

Cárdenas said the qualities his Mexican American parents taught him at a young age are part of the reason why he’s had so much success. His parents instilled in him the importance of getting an education, giving back to the community and never forgetting his roots.