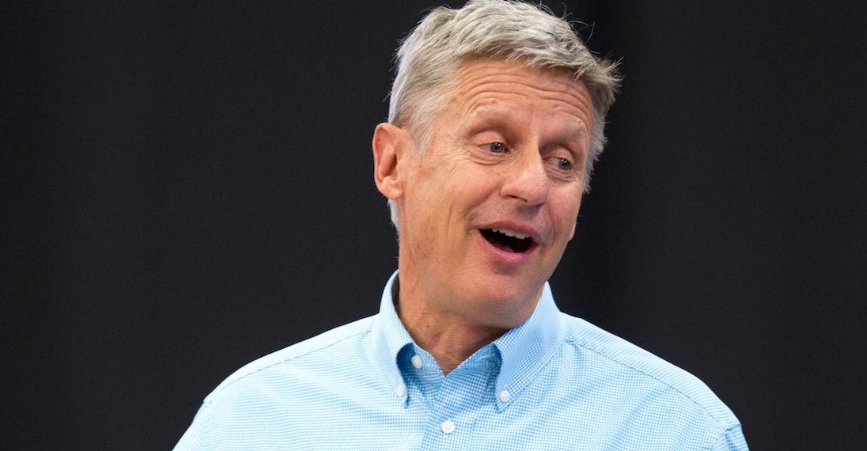 Former New Mexico Governor Gary Johnson continues to poll at historic highs for a Libertarian Party nominee and he’s doing it with equal numbers of Democrats and Republicans, according to a host of new national polls released Tuesday. Although he is unlikely to win the 2016 election, Johnson could be the difference between a Donald Trump presidency and a Hillary Clinton one.

With 63 days until election day, two polls released Tuesday by CNN/ORC and NBC News/SurveyMonkey confirm that the race is tightening and Trump is within striking distance of Clinton.

But before we get ahead of ourselves, some perspective: polling averages released Tuesday from Real Clear Politics, FiveThirtyEight, and CNN’s Poll of Polls show that the candidates poll nearly the same as they did seven weeks ago. That’s before Trump attacked a Bronze Star family and fired his campaign manager, before it was revealed that Clinton did not turn over 30 emails about Benghazi to the State Department, and before pundits breathlessly described every twist and turn. We are back where we started.Clinton still has an advantage but it is surmountable.

The durability of the third party candidates, particularly Johnson, is especially concerning to Clinton. No Libertarian presidential candidate has ever captured more than 1 percent of the vote but Johnson is consistently polling between 7 percent and 12 percent nationally even as pollsters have begun screening for likely voters.

More surprising, his support pulls equal numbers from both parties. Most political observers expected that the small-government libertarian would be the home for Republicans disenchanted with Trump, not big-government democrats disillusioned with Clinton.

But facing the two least popular major-party nominees in polling history, Johnson is defying even his own expectations and has begun courting liberals and former supporters of Bernie Sanders “We think that about 75 percent of what we’ve got to say really ties with Bernie Sanders supporters,” he said on CNN last month with his running mate, former Republican Governor of Massachusetts Bill Weld.

Johnson has also consciously emphasized his support on issues that he agrees with Democrats on like criminal justice and immigration reform. Meanwhile he has softened some traditional libertarian stances like ending Social Security and not imposing environmental regulations.

Ultimately, Johnson’s enduring appeal could have long-lasting effects for both parties and for this election both candidates should be worried about him playing spoiler.