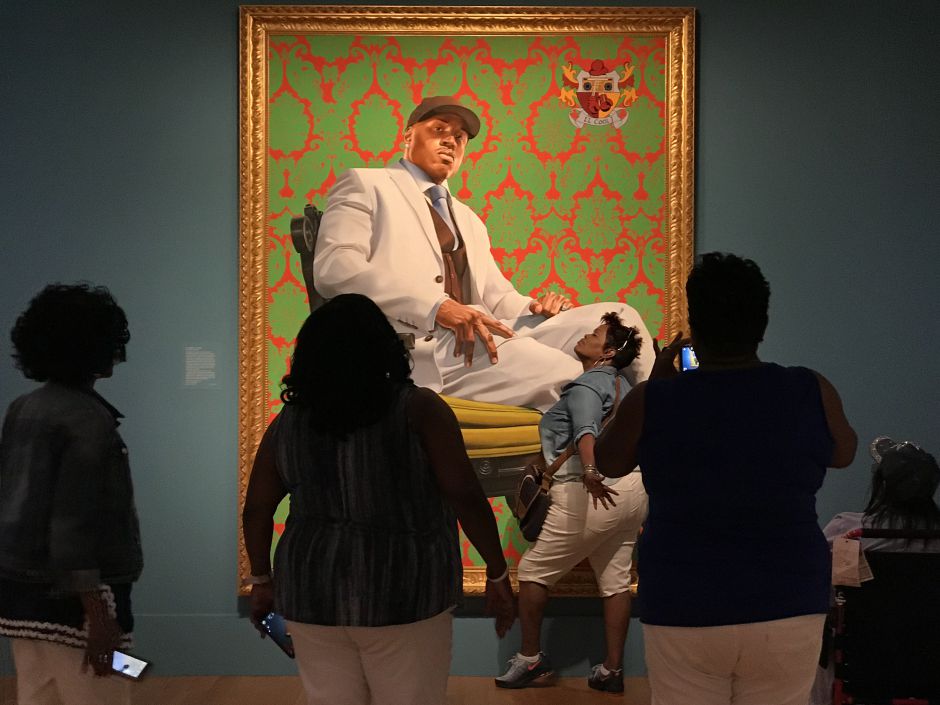 Known for lush, larger-than-life portraits that overlay black street culture with European classical motifs, Wiley is an exciting choice for the presidential portrait. Imaginably, the New York-based artist will have a novel spin on the traditionally formal composition. Wiley has painted rapper LL Cool J in the style of John Singer Sargent, Ice T as Emperor Napoleon by David and young African American men in stained glass tableaus, like saints in a cathedral.

“This is something that, as artists, we constantly deal with-throwing away the past, slaying the father, and creating the new. This desire to throw away the old rules,” the Yale-trained artist once said to Interview magazine.

Load More... Follow on Instagram
The HBCU Marching Band that Performed at Trump Inauguration
Behind the Tweets with White SuprKKKacy vs. Jemele Hill
To Top