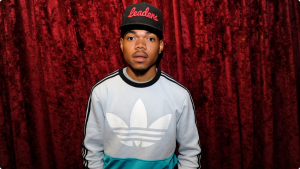 Chance the Rapper,,Chicago grown, and  one of the biggest in the game as an independent artist has another trick up his sleeve. First announced on  Ebro in the Morning , one of the hottest Hip Hop morning radio shows,  He mentions  “Me and Stephen Colbert have been working on a song together, and it’s gonna be released very soon,” Chance said. “He’s amazing. I can’t get that deep into it, but he’s amazing.” Stephen Colbert is a very well known a comedian and the Late Show host.

Last Night  on twitter Chance tweeted that he would premiere the song on tonight’s episode of The Late Show with Stephen Colbert at 11:35PM ET.