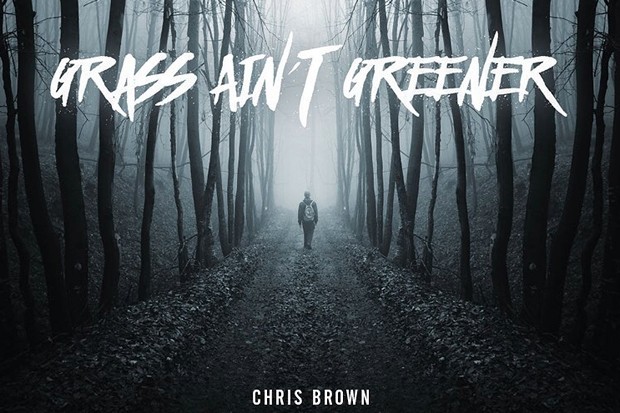 In the midst of celebrating his 27th birthday, Chris Brown also released his newest single “Grass Ain’t Greener”; a track that we heard previously when Brown released a teaser.

Chris uses a mid-tempo track by an un-named producer to relay a clear message to a certain female: “I know what you want, but you not gone get it”.

The Virginia native describes a scenario involving a woman who’s ulterior motive didn’t go unnoticed. Of course we don’t know who this mystery women is (and it’s none of our business; just enjoy the art) but the Grammy winning artist doesn’t hold back much when addressing how he feels about her.

It’s been pretty apparent lately that Breezy has a new outlook on life. The content of his tracks have become a little more revealing. It seems as though the often controversial singer is attempting to share his life and experiences with the world. This transparency may have a lot to do with his upcoming documentary, Welcome To My Life.

His 8th studio album, Heartbreak on a Full moon is slated to be released later this year.