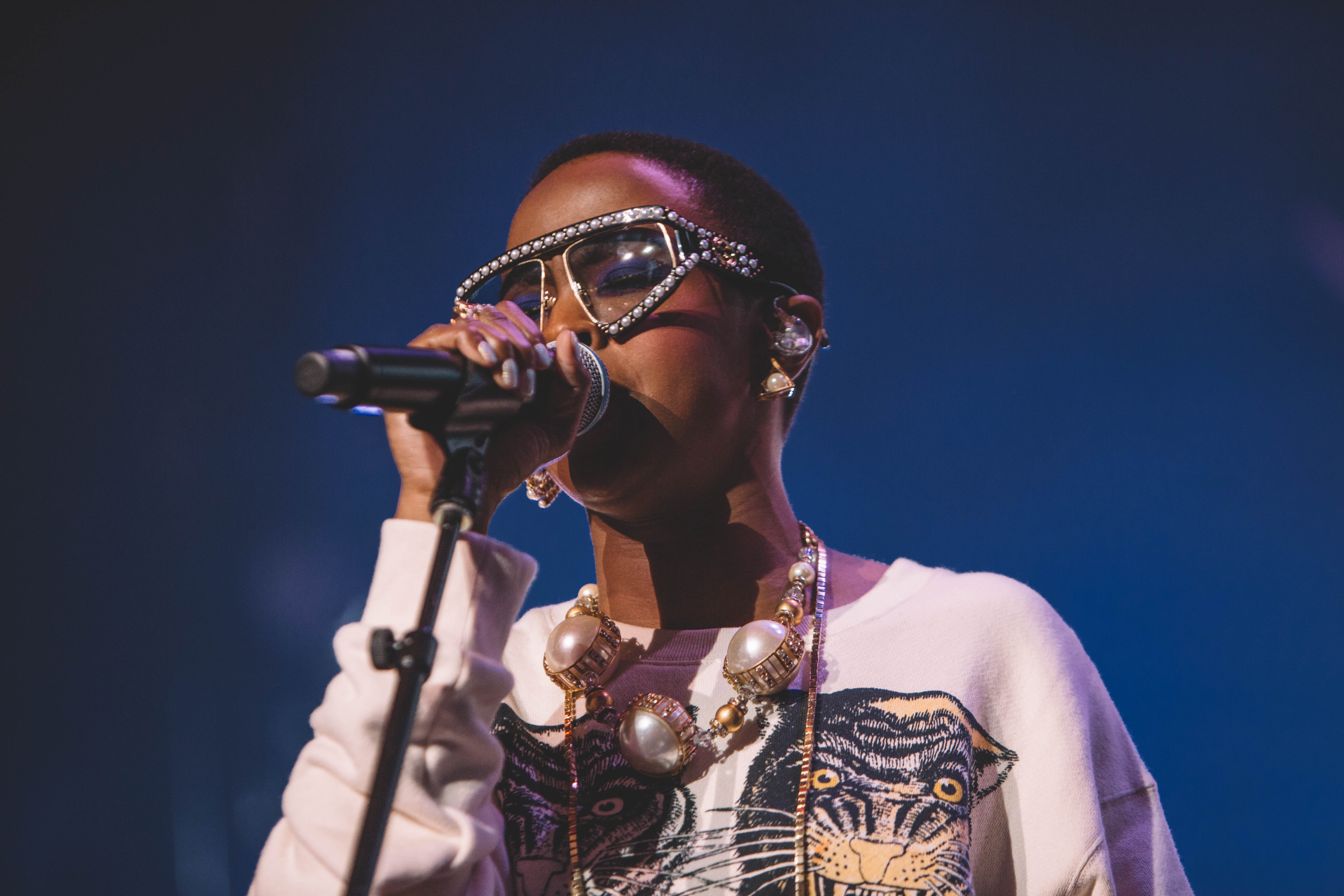 The Pavilion at Toyota Music Factory

It’s no secret that Ms. Lauryn Hill is an enigma of a performer, in that you simply don’t know what you’re going to get. She’s been known to arrive tardily on many an occasion, and it would do one a major disservice to fully anticipate otherwise – because, you just DON’T know. She’s often regarded as a ‘diva,’ albeit this moniker certainly wouldn’t be unwarranted. Rest assured, her sheer presence onstage is one that is held with the utmost regard. She was an iconic member of The Fugees before branching off on her own. Her first, and only, critically acclaimed solo-album, The Miseducation of Lauryn Hill, shattered numerous sales records and won multiple awards. Her accolades and recognition remain almost unparalleled by any female hip-hop artist to date. Only up until recently has her record for the Billboard Hot 100 No. 1 spot for a featureless song by a female rapper been repeated (Cardi B’s “Bodak Yellow” was the first song recognized for this since Lauryn Hill’s “Doo-Wop [That Thing] of 1998). She’s more than worth the wait.

Indeed, Hill’s revered regality was confirmed as she entered stage left before a crowd of ecstatic fans to an altered yet easily recognizable version of “Everything is Everything.” Hill now formulates her own renditions of her 90’s classics for her performances, complete with a live band and back up singers. It’s truly a resounding experience;  it’s as though one is listening to their favorite tunes from Miseducation from an entirely new perspective. Though the instrumentation showed considerable variance from the original scores, Ms. Hill certainly managed to bring forth a zeal and fervor with a well-executed delivery that only comes with innate passion as a performer. It was new, but the force behind her voice was as ethereal as ever. Her esteemed rep for being a stickler for detail preceded her, though, as she could be seen motioning to her team throughout the night to raise her vocals, and often doubling as songstress and meastra to her band behind her. The end result of this was a seamless show, and a perfect portrayal of who she is as a vocalist.

Nas pleased fans Thursday night with a quickened yet emphatic rundown of cuts from timeless albums like Illmatic and It was Written, such as “Got Yourself a Gun,”  I Can” and “New York State of Mind.”

However, his set seemed almost condensed, which may or may not have corresponded with the previous delays of the evening. He went on about an hour later than anticipated, though he didn’t let this detract from his obvious excitement, which the crowd was more than appreciative of.

The heightened zest for the evening may stem from the fact that both artists are touring for a notable cause that they truly believe in, perhaps a nuanced air of candor. The PowerNomics Tour is a collaborative effort to encourage economic enfranchisement in African-American communities, dubbed after Dr. Claud Anderson’s book series that aims to “teach blacks how to pool resources and aspects of power so that they can produce, distribute and consume in a way that creates goods and wealth”. The proceeds of the tour are being directly to 44 charities various organizations that matter, including educational, health, technological, agricultural, and community-based efforts.

During a recent interview, Hill states that her passion for the tour is influenced by her own longstanding personal drive to empower her community. “My interests have always centered around encouraging empowerment, and focusing on ways to help heal, repair, educate and promote enfranchisement to the disenfranchised…I’m excited to share this platform for community, creativity, and progress, helping to expose, educate, and magnify the beauty of cultural amalgamation.”

Photos and story by Meme Crayton