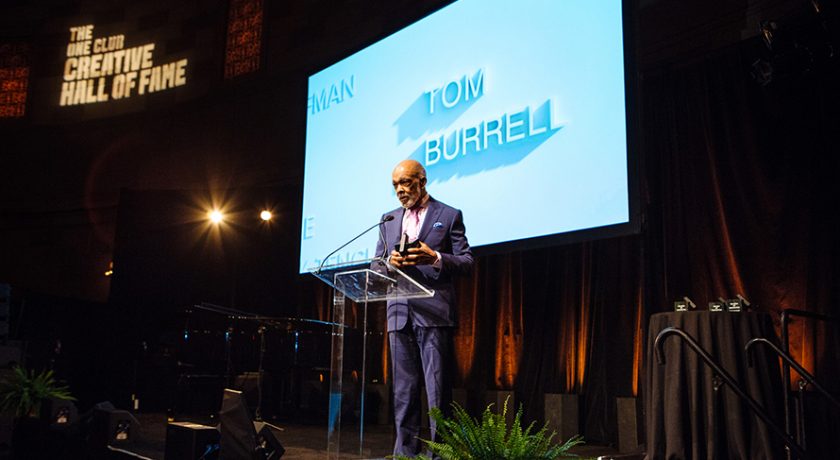 Burrell Communications Group founder Tom Burrell, who has been breaking barriers his entire career, has added yet another one to the list.

The One Club inducted Burrell into its Creative Hall of Fame, making him the first African-American to receive the honor, which dates back to Leo Burnett’s inaugural induction in 1961. Burrell was inducted into the American Advertising Federation Hall of Fame in 2004.

Recognizing and celebrating the purchasing power of the African-American community, Burrell coined the phrase, “Black people are not dark-skinned white people.” His advertisements for Coca-Cola are recognized for their cultural and historical significance and archived in the Library of Congress.

Burrell began his career in the mailroom at Wade Advertising while still a student at Roosevelt University. The agency’s first black employee, he soon earned himself a junior copywriting position, working on the agency’s Alka-Seltzer and Robin Hood All-Purpose Flour accounts, according to the Advertising Hall of Fame. He went on to work at several agencies, including Leo Burnett and FCB, before founding Burrell Communications Group in 1971.