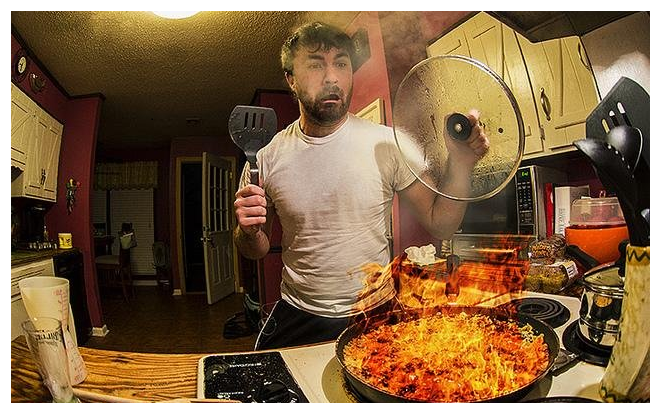 It is the first day of 2016 and you are working on those new years resolutions right? Lets get in the kitchen fellas and take it a notch up. Women love a man who can create a few things in the kitchen.

10 Essential Kitchen Skills All Dateable Men Should Have

1. Prepare a proper omelet, because scrambled eggs are for rookies

Almost anyone can pull off scrambled eggs. But you like this person! And you want to stand out among all the other guys vying for their attention. So you’re not going to pour a bowl of cereal, and you’re not going to push some eggs around mindlessly in the pan. No, no, you’ve got to dazzle

2. Brew some kind of respectable coffee

No matter where you wake up, you ought to be able to put a pot of coffee on without having to ask your date from the night before where to put the water. This obviously doesn’t count as actually cooking, but it is probably the most common, universally helpful kitchen skill; even if all that coffee’s good for is giving you the strength to embark on yet another walk of shame.

3. Carve a turkey without destroying it

This skill harkens back to the time of primitive hunters, who cut up a fresh kill on-site in order to make it easier for the hunting party to carry the meat home. A turkey’s no wooly mammoth, but there’s still something to the art of carving up a carcass, whether bird or beast. You don’t want to be at your SO’s parents’ house next Thanksgiving and have their father offer to let you carve only to embarrass yourself and everyone else by not having a clue what you’re doing.

Load More... Follow on Instagram
[Girlfriends of Culture ] @LipstickNCurls Has Some Tips to Take BOMB Selfies!
Nigerian Female Doctor Opens Her Own Emergency Room in Houston
To Top