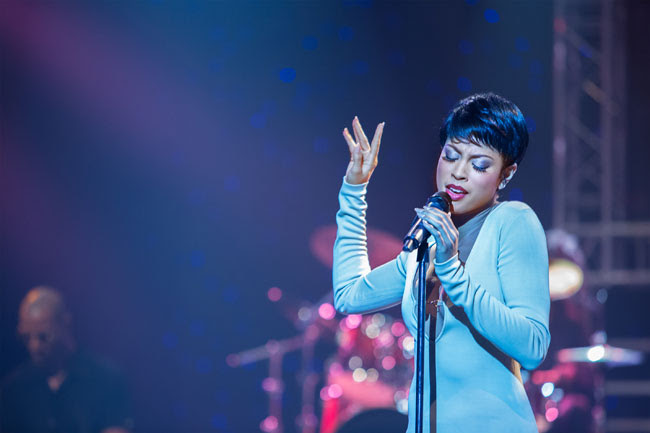 Lifetime recently released the first photos from Toni Braxton: Unbreak My Heart, and it looks like it could be quite interesting. One photo depicts actress Lex Scott Davis, who has been cast as Braxton, during a performance scene. Another shows the real Toni with Lex and the four actresses who have been cast to play her sisters.