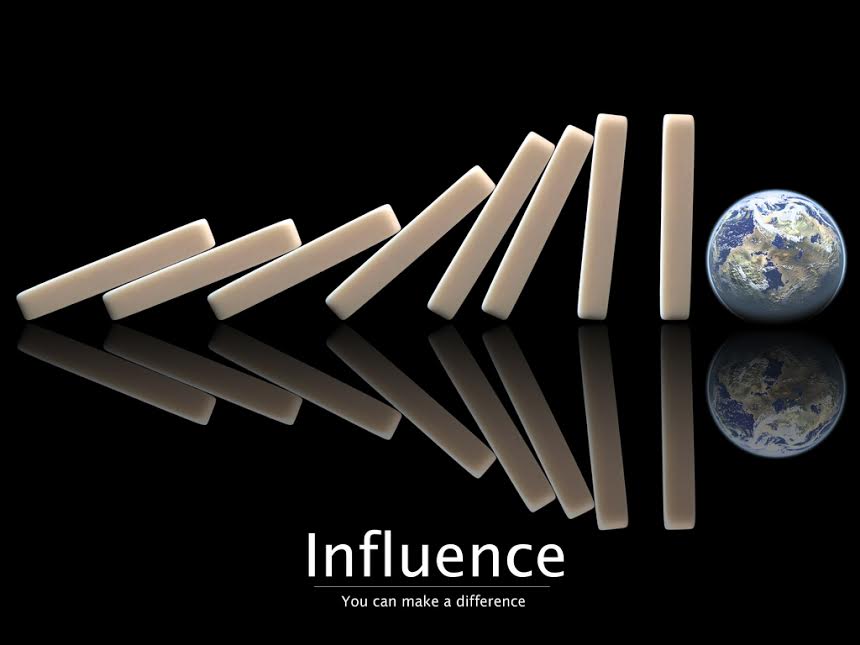 Influence is powerful. Influence changes people and situations. Every single one of us have the ability to influence. However, we at times abuse this power. We can influence people to do the wrong things.

Some people may have been blessed with gifts that expands the reach of their influence. Those people I believe carry a heavier charge.

Our gifts and influence were not meant to just be used for our personal gain. We must share them and use them to exude a more fervent praise.

Think of all the gifted influencers who have left this world at an early age. Could it have anything to do with them abusing their influence?

Think of all the gifted influencers who are still here that people emulate and flock to by the masses. Could they be using their influence in a more Christ like way?

Great musical artist such as Beyoncé and Kanye have dropped albums this year. Imagine having such an influence that you can convince people to spend hundreds on a shirt with holes in it, or sell out Madison Square Garden to plug in an aux cord. Imagine having the ability to transform millions of women’s views on men and relationships with just a few lyrics.
There is nothing wrong with displaying your gifts and influence. However, if the Glory isn’t given to God, then we present ourselves as an idol god. Once you take on the role of God in someone’s life your salvation is directly linked to theirs. Their blood is essentially on your hands.

Some people insecurely compare themselves with others who seem more gifted and influential. But God has a way of balancing out everything. Many people concern themselves with being deemed attractive and accepted by the world. However, ambition is a road paved by resistance. Ambition is the ultimate attraction. Even when we put people on pedestals, they are subject to fall harder than those that aren’t. The same platform that we build people up on, is often times used to tear them down. The options that come along with that platform can create confusion, which can lead to disobedience. The gifts and influence can be taken away due to disobedience. Whitney Houston sure could “sang” early on in her career coundn’t she? Somewhere along the way she lost it. Somewhere along the way she disregarded  the voice that guided hers.

Influence must be handled with care. We must be attentive of who and what influences us. We must also be attentive to who or what we influence. Our gifts come with receipts and have to be returned due to disapproval. The only way to keep our gifts is to share them. The influence that comes along with them must not be abused. Salvation is at store. The charge is heavy.

Load More... Follow on Instagram
[Inspiration] Why It’s No Longer Okay to Be Just An Entrepreneur
How to Distract Yourself from Your Distractions
To Top