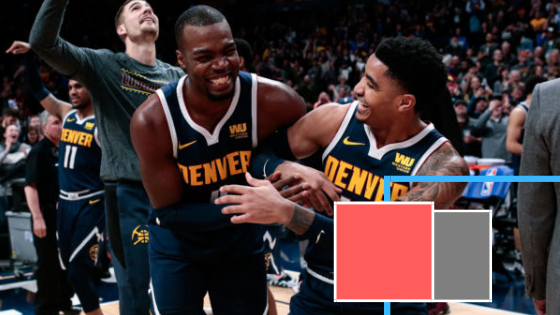 The Denver Nuggets are one of the NBA’s best teams. Sitting at 41-18, they are currently the second-best team in the NBA’s Western Conference. With the success they are having, there are some that think they can make a run at the Western Conference crown. After all, they are young, deep and talented.

With a mix of vet experience and youth, there are even some that think they could actually make it to the NBA Finals. While all that sounds good and all to some fans and there is no doubt Denver is a good team, they unfortunately do not have enough to scare a team like Golden State and win the Western Conference.

While the Nuggets are deep and have gotten deeper with the addition of Isaiah Thomas off their bench, the Nuggets still don’t have a guy they can point to and say “go get us a bucket” consistently. With the numbers he is putting up, Nikola Jokic would be assumed to be that guy. In this his fourth season, Jokic is averaging 20.4 points and 10.7 rebounds, which are career-highs.

Load More... Follow on Instagram
7 Fun Indoor Activities That Will Fight Off Winter Blues
What is the Future of Sports Tech, Here’s Where the Bets are Placed
To Top