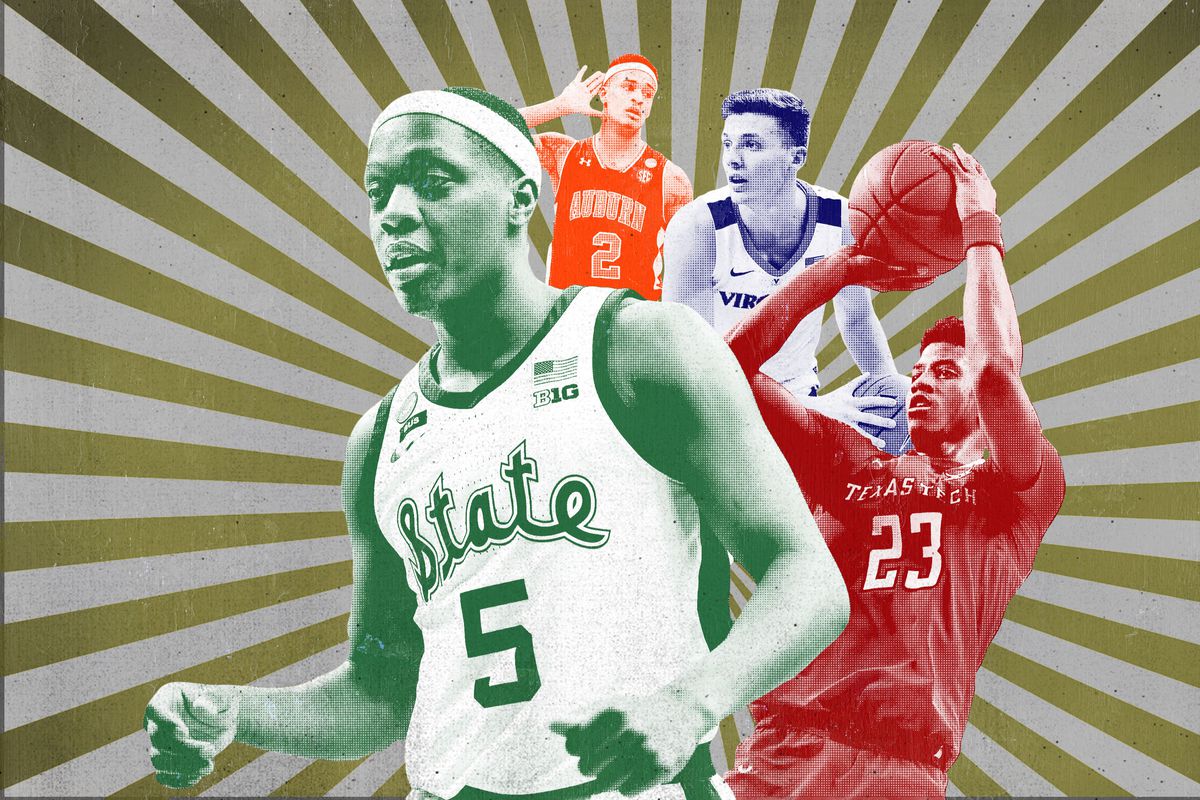 March Madness is reaching its peak with the Final Four set and the National Championship game just around the bend.

Right now, the Virginia Cavaliers are -5 favorites over the Auburn Tigers and the Michigan State Spartans are -2.5 over the Texas Tech Red Raiders. Follow this link after you finish this article for more on how to bet on sports.

These four teams have some great players, but beyond just the best African American players in the 2018-2019 season, who are the best players to have made it into March Madness.

The Virginia guard has been splashing nearly half of his three-point attempts and at this point, is leading his team (along with Kyle Guy) towards a NCAAB Tournament Finals appearance. His scoring has tapered off a bit, facing top defenses like Oregon. But he is one of the main reasons why Virginia is ranked as a #1 seed.

Sure the boys down the road (Duke) have gotten most of the attention with Zion Williams and company. But UNC’s Cameron Johnson a three-point shooting machine. At 6-foot-9, once he stutter-steps and gets opponents to back up a step, it nearly impossible for defenders to effectively contest his shot once his shooting motion has begun. On the season he’s averaged 16.8 points per game along with 6 boards and a pair of assists on average. When we say 3-point machine, he made 177 attempts during the regular season and sunk 46.9 percent of them.

If you have been watching the run the Red Raiders have been on, you’ll have noticed how easily they have been scoring. It’s fast and fluid … they play like they are having fun and it is amazing to watch. Culver has put up 18.3 points per game along with 6.2 rebounds and 3.6 assists, but he is also one of the best defensive shooting guards in the country. Culver’s presence on the hardwood is one of the key factors as to why the Red Raiders boast a defense ranked top-three in the nation. Because of this, he is likely going to the NBA in one of the first five picks.

The No. 2 seed, Tennessee got edged out during the Sweet 16 by Purdue. But Grant Williams still put up 21 points, grabbed 7 boards, and assisted 4 times in the game. This is the SOP for the Volunteers’ big forward. Against Iowa, he dropped 19 points, passed for 5 assists and snatched up 7 rebounds. The former SEC player of the year is an example of consistency.

The 18-year-old forward out of Duke is highly regarded as the best player in all of college basketball this season. Not only did the young, 6’7, 285-pound help Duke make their way to the Elite Eight, but he is also projected to be the #1 overall pick in the 2019 NBA Draft.

On the season he put up 21.6 points per game, 8.8 rebounds, 2.2 assists, 2.2 steals, and an astounding 68.3 field goal percentage. His performance in Duke’s loss to the No. 2 Michigan State Spartans was nothing short of amazing. 24 points, 14 rebounds, and 2 assists in just 37 minutes of play. He put up 23 points in the Sweet 16 and contributed nearly half of the points scored in Duke’s second-round victory against the UCF Knights with 32.

Load More... Follow on Instagram
Two Reasons Why the Denver Nuggets Are Not A Threat This Season
6 Exercises that Burn Stomach Fat Fast
To Top