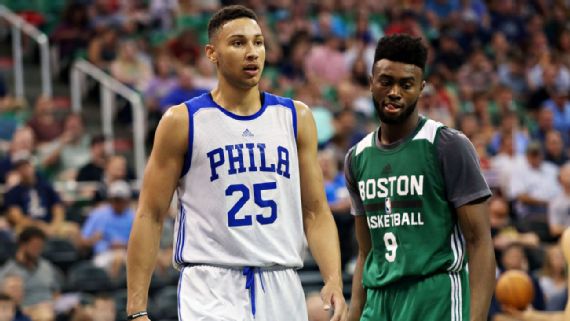 Philadelphia 76ers rookie Ben Simmons, the No. 1 pick in last month’s draft, battled cramping in both legs during his NBA summer league debut and needed assistance from the court in the fourth quarter of a 102-94 loss to the Boston Celtics. Simmons did not return to the game.

The team said Simmons would not play in Tuesday’s game against the San Antonio Spurs as a precaution.

“We might have been able to put him back in, but on July Fourth, we didn’t need to create those fireworks,” Philadelphia summer coach Billy Lange said. “We’ve got a long summer league schedule ahead of us, between the rest of this summer league and Vegas. We said yesterday we were going to take it smart from here on out.”

Simmons said he would make an effort to ward off cramps by drinking more fluids.

“That’s the worst I’ve ever cramped, so I’m definitely going to stay on that,” Simmons said.