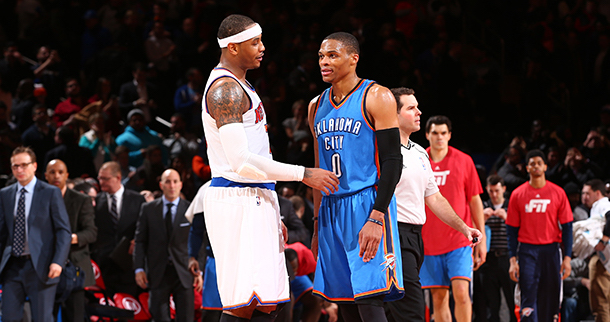 The Carmelo Anthony trade is official.

The New York Knicks announced on Monday that they traded Anthony, a 10-time All-Star, to the Oklahoma City Thunder for center Enes Kanter, forward Doug McDermott and the Chicago Bulls’ 2018 second-round draft pick.

“This is a deal we feel works for both this franchise and Carmelo. We thank him for his seven seasons in a Knicks uniform and all that he accomplished off the court for the City of New York by using his platform to address social issues,” Knicks president Steve Mills said in a statement released by the team. “We will continue to focus on this team looking forward towards the immediate and long-term future. As we have said recently, this is a new beginning for the New York Knicks.”