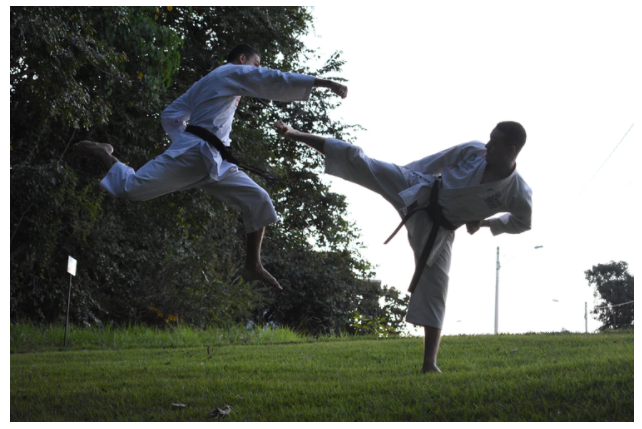 Many people are put off combat sports. Getting into a ring or arena with another person, and battling it out in a fight, can be daunting.

However, despite first impressions, combat sports aren’t as intimidating as they first appear. With the right training, they can actually be quite rewarding. There is a wide variety to choose from, including karate, judo, jiu-jitsu, and wrestling, so you might want to consider giving one or more of them a try.

Here are the reasons why.

Balance, flexibility, endurance, and strength are just a few of the physical attributes that can be enhanced when training in a combat sport. You will build your physical fitness, as training requires you to do sprints, jumps, and running. And you will build your muscle strength as you train yourself to battle and defend yourself against your opponent. In short, you will become a better version of yourself as, despite the occasional blow to your body, you will become physically stronger.

Exercise routines can sometimes become just that…a routine! They can become mundane and dull, especially when you are doing the same things day in and day out. Running on a treadmill at the gym or doing the same weights routine can quickly become boring, and there might be days when you’re tempted to skip your workout. Combat sports, on the other hand, are a lot more fun. You will learn a range of techniques, so no one session will be the same. And as you’re sparring with a range of opponents, there is scope for unpredictability. Some will be better than you, and some won’t. You won’t know until you step into the arena and take them on, and so your excitement levels might increase at the prospect.

There are a number of sports that are great for relieving stress, and combat sports are among them. You can’t punch your annoying boss at work when he gets you down, and you can’t take a running jump at your annoying neighbor. You would get arrested, and morally you know its wrong anyway! However, you can release your stresses and your pent-up aggression with a combat sport, whether its letting rip on the training pads in your session or when you’re facing off against a real person. Unlike your boss, your opponent will be trained and ready to face your blows, and depending on the sport, they will probably be wearing protective gear too.

#4:Combat sports are great for self-defense

We hope you never get attacked when you’re going about your day, but in the event that you do, training in a combat sport will give you the skills needed to defend yourself. You will learn how to take on opponents bigger than yourself, whether that’s taking them down safely, or getting yourself out of a stranglehold. You will certainly feel safer with the right training behind you, so if knowing how to protect yourself appeals to you, consider a combat sport.

For fun, fitness, stress release, and self-defense, training in a combat sport could be worth your while. Check out the options near you, and give something a try if you’re interested.