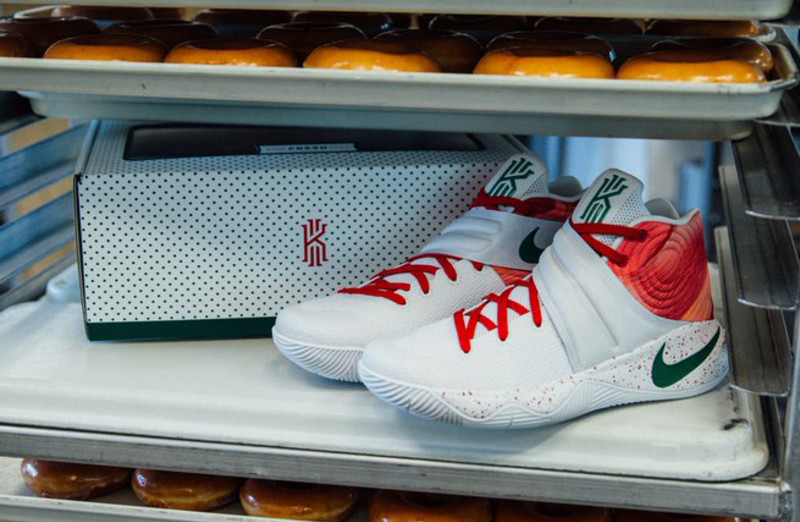 Kyrie Irving’s first signature shoe with Nike, the Nike Kyrie 1, was launched in December 2014. Since then he has been a hot commodity on and off the court, with every sneaker release selling by popular demand especially from true ball players. A year later in December 2015, Nike and Kyrie launched his second signature shoe, the Nike Kyrie 2. Kyrie’s second signature shoe has released a multitude of different themes and color schemes about twice a month since its launch, giving fans more than enough options to stylishly choose from.

After making deliveries in Cleveland the Ky-rispy Kreme truck will make stops in Baltimore at the House of Hoops in Mondawin Mall, the House of Hoops in Harlem and the Nike Community Store in Brooklyn. For all of the sneaker lovers who cannot make any of those stops, consider the “Hot & Ready” sign still on. Nike has given buyers the option to get yours directly from NIKEiD.