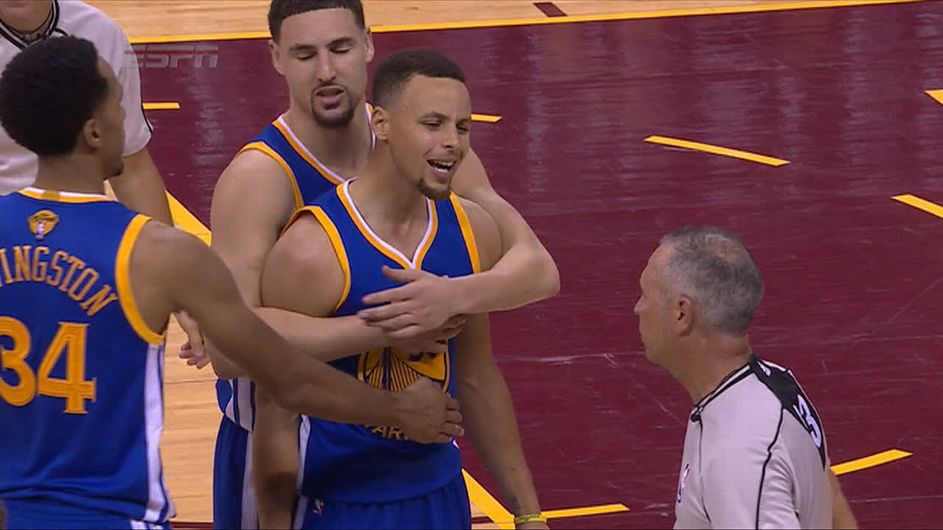 Ayesha Curry’s Twitter account was one of the highlights from Game 6 as she tweeted about a variety of struggles from being stuck on the bus until the game started, to calling the league “rigged” and, more seriously, her father being “profiled.”

Her husband, Stephen Curry, spoke to ESPN’s The Undefeated about the incident and agreed his father-in-law was “kind of profiled.” What happened, per The Undefeated: security at Quicken Loans Arena was on the lookout for a man who has sneaked in to many major sporting events. The man, David Aminzadeh, must have looked like Ayesha Curry’s father because they stopped him in order to look at his credentials.

Here’s what Stephen Curry said about the incident:

“I was just kind of debriefed on what the security thought happened with some guy that poses with fake credentials and gets backstage at a lot of events, the NBA Finals and all that stuff. They kind of profiled my father-in-law and thought he was him. They threatened to arrest him before they checked out his credentials. It’s kind of been an emotional and tough night all the way around.

“That was kind of a traumatic situation where her [Ayesha’s] dad almost got arrested. So it was kind of a tough situation to deal with in a hostile environment. All in all, it’s just a game. I hope that everybody is all right.”

What’s not clear about this incident is why her father was almost arrested, as the couple stated. If it was truly a case of mistaken identity, surely they could have settled the issue quickly instead of making an event out of it.