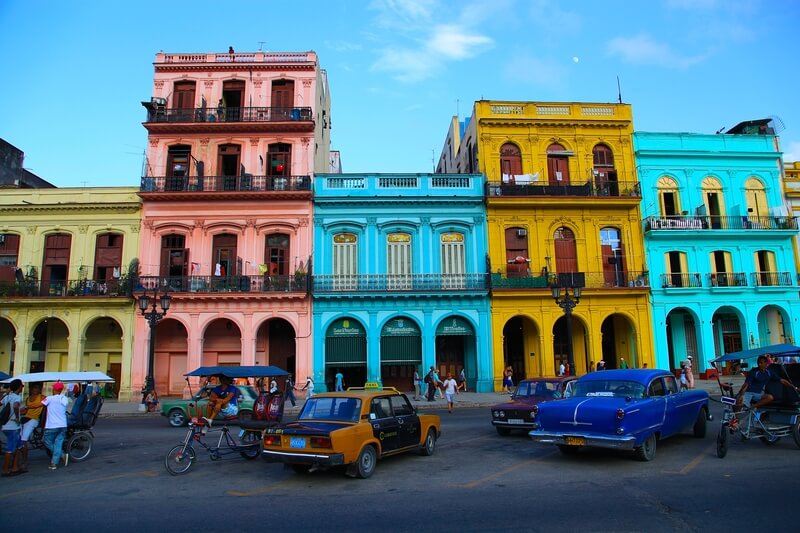 Hi, everyone!  Hope you are well and have been taking care of yourselves.  I know I am!

After two years of not taking a vacation (ie: not a work trip), I FINALLY took some time off and completely disconnected on the beautiful island of Cuba.

A few of my girlfriends and I booked a trip to Cuba earlier this year during one of Jet Blue’s God-sent flash-sales.  We stayed for about four days and explored the deep variety of history and culture the Caribbean nation has to offer– and there is A WHOLE LOT OF IT.

In short– during the early 1950’s and 60’s, Cuba experienced their history-making revolution as an army, led by Fidel Castro, rebelled against dictator Fulgencio Batista.  It took many years but eventually, it was one of the only successful rebellions in history… ever, but the new regime came with its’ own faults and led to conflict within the island and with other countries like the U.S.  In the 60s, America put its’ own trade embargo in place that hindered economic growth on the island and many of the terms are still held over 50 years later. (Read up on a more full version of Cuba’s riddled political history, here) Many believe that this is one of the main reasons Cuba seems to be “stuck in time.”  When you go, it literally feels like you are on a movie set or time-traveling.

There aren’t many advertisements, no traffic, no digital billboards, or anything.  Many of the buildings are ruins, but with the vibrant colors of the city and the weather on the island, I’d recommend going there anytime!