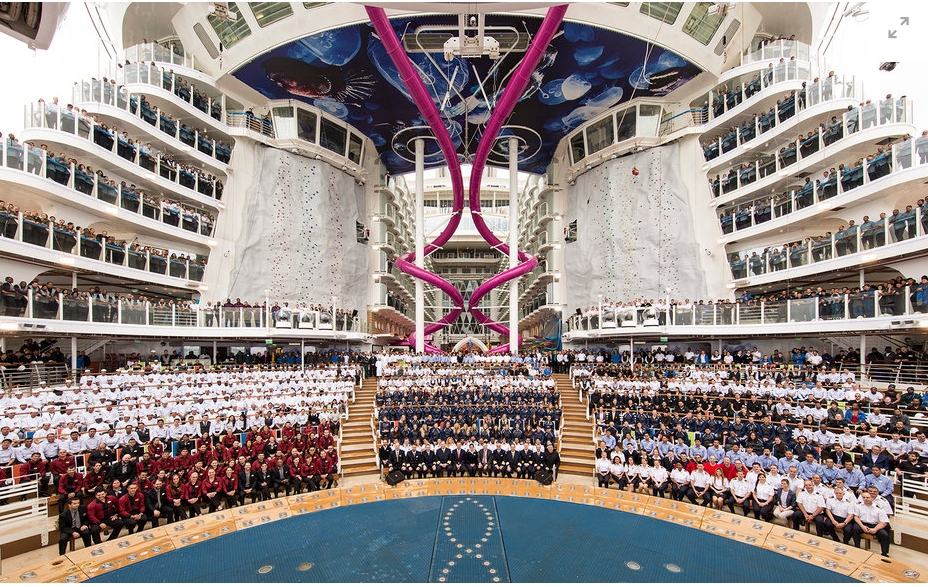 Two months after a successful first-run, the world’s largest cruise ship took its maiden voyage today, less than a week ahead of the inaugural voyage on May 22 to Barcelona. Thousands came out on Sunday to watch it set sail to the U.K. after 32 months in a French shipyard.

Since construction began in 2013, Royal Caribbean’s Harmony of the Seas has one of the most highly anticipated cruise ships of all time. The estimated $1.5 billion ship boasts 16 decks, measures 1,187 feet long, and is bigger than the Eiffel Tower. It also holds the recordfor being the widest cruise ship ever built, and can hold 6,360-passengers.

It will also be home to the tallest slide at sea called “Ultimate Abyss,” and will also feature a casino, a movie theater, and an ice skating rink. Stay tuned for more details.