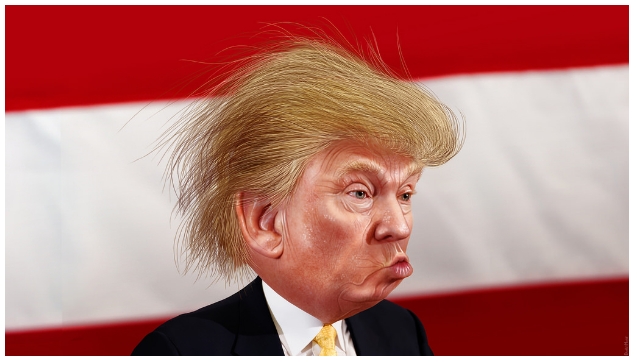 World politics has taken a rather unnerving turn away from the liberal values of unity, cooperation and peace, and fast veered toward the unpredictable and volatile. First we had Brexit, and Britain decided to make the first moves into separating themselves from the European Union. We have seen the rise of extremist politicians in France and Austria. And then, to top it all off, we saw Trump defy all predictions and commentary and become the President off the United States of America. The latter is the most divisive point of all.

Now, whether you voted for Trump or protested against him, you cannot deny that we are deep into uncharted territory, and you cannot deny people have a right to gulp and sweat. He has taken apart Obamacare without having a plans drawn up for a replacement, he tried to enforce a ‘Muslim ban’, he has decided to build a wall, he has wanted to clamp down on immigrants from the get go and he is trying to dismiss the free press as necessary, which they are.

As such, we have a short guide to surviving Trump’s America (NB: ignore this if you aren’t worried, and print it off if you are).

The Republican’s dominate state politics, which means getting involved in politics at a local level is not a waste, and it is your chance to react positively. The more support trump has at state level the easier his life will be because, well, senators and governors will simply go along with his grand plans. So stand up for what you believe in. Make noise. Stamp your feet and raise your voice and remember that you have the chance to vote at a local level in two years, and how you vote will drastically affect how smoothly Trump’s administration gets to operate. So protest peacefully, march in numbers, make banners and hold your local politicians accountable for Trump’s action. After all, doing nothing is just as bad.

Protect Yourself With Knowledge

The people are protected by the law, and they are protected by the foresight of the Founding Fathers. That is why the constitution was established. So know your rights and act within them. If you believe an Amendment to be broken, raise your voice and educate others on your views. But don’t just rely on your constitutional rights because the more you protect yourself the better. This could mean speaking to an immigration attorney if you are concerned about yourself or your family being subjected to Trump’s plans. It could be that his proposed ‘Muslim ban’ affects you, in which case you should do your Due Diligence and know what your rights are when it comes to leaving and re-entering the USA. The more educate yourself the better, but not just in terms of physical protection, because the better you understand certain policies and points of view the more grounded you will become.

The freedom of the press is supported in the very First Amendment, and that is because it prevents the government from interfering or controlling the distribution of information. So read what you can, subscribe to news outlets, share posts and enjoy retweeting. The press needs your support more than ever and you them too, because you need the press to be able to operate freely and produce thorough journalism that goes in search of the truth and produces the facts.