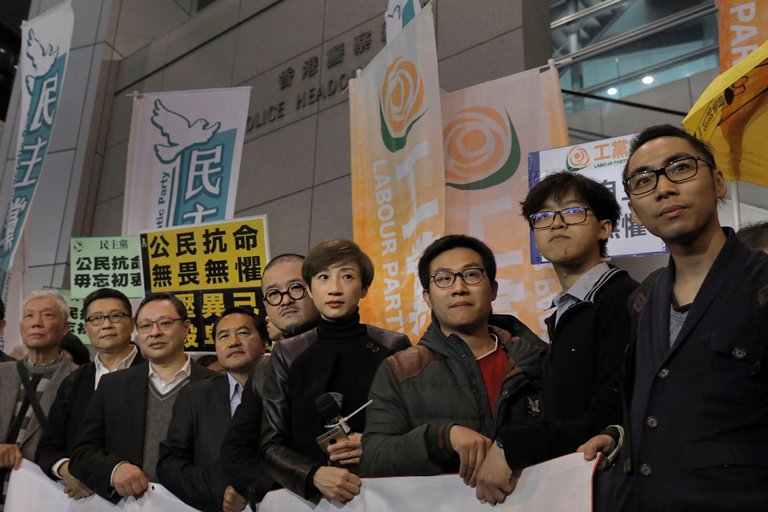 In another attack on democracy, the Chinese government jailed three prominent pro-democracy campaigners for their part in a heighten of protests staged in 2014. Joshua Wong, Nathan Law, and Alex Chow have been jailed for between six and eight months after the Hong Kong justice department appealed for harsher punishments against them.

The people of Hong Kong enjoy far more freedoms than their counterparts on mainland China but perceived threats against those liberties have given rise to very vocal pro-democracy groups, of which the three men were a major part.

In 2014 during a protest calling for completely free leadership elections in the country, the three men in question stormed Civic Square where they were arrested for unlawful assembly. Their arrests sparked a series of protests all over the country. A few days into the protests, after police started using tear gas to curb the crowds, the situation began to spiral out of control. There were mass demonstrations throughout Hong Kong, showing a level of defiance against Beijing that the country had not seen in recent history. Huge areas of Hong Kong were brought to a complete standstill for two months. The blame for all of the unrest fell squarely on the shoulders of the three activists that started the initial protests.

To begin with, the sentences that were passed were fairly minimal. Wong and Law only got community sentences and Chow was given a three week suspended sentence. However, the justice department in Hong Kong thought that the punishments were far too lenient so they began an appeal process to overturn the decision.

On Thursday, the courts decided in favor of the Hong Kong justice department and the three men were jailed for between six and eight months. There was an emotional response from supporters of the pro-democracy camp but proponents of the Beijing regime were also very vocal in their support of the judgment.

The department of justice salted the wound before the judgment was passed by insisting that there was absolutely no case to suggest that the decision was politically motivated in any way.

Groups like the National Endowment for Democracy that fight to uphold democracy around the globe have said that this is just another step in a long line of events that are leading towards Beijing having a tighter hold over Hong Kong and breaking the agreement made when it was returned to China by the British government.

The laws in Hong Kong are very different to the rest of China because of the agreement made in 1997. It was previously a British colony and when it was returned to Chinese ownership, the British had some reservations about the undemocratic government in China. It was agreed that the socialist system that was in place in the rest of China would not be adopted in Hong Kong. Instead, they would keep the capitalist system of rule that Britain had put in place for at least 50 years. That means that, by law, China had to maintain it until 2047. However, recent events have led to fears that the Chinese government is breaking that deal.

The situation in China remains hostile and this isn’t likely to be the last time we see a judgment like this.