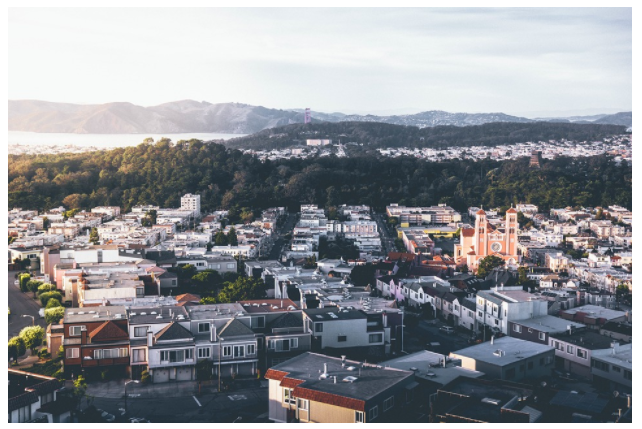 As the years go on, various aspects of life change and adapt to the developments within society. One part of our lives that is often at the brunt of most of these changes is the neighborhood in which we live. Even though every neighborhood in each town and city across the country has their very own unique features and aesthetics, most change in a very similar way as they modernize and get updated with the times. As a result, most neighborhoods look and feel very differently than they did just half a century ago.

How exactly are our neighborhoods changing? We’ve looked into this, and our findings might surprise you. Here are the various changes taking place in local neighborhoods and the effects that they bring.

Over the past few decades, housing prices have slowly been rising. In fact, in some neighborhoods such as Manhattan, house prices have risen to a staggering $3.2 million. Even though the prices haven’t risen quite so high, the prices in New York City’s other neighborhoods such as Queens and Brooklyn have also risen sharply. But areas such as Queens used to have a very bad reputation due to their high crime rates and run-down buildings. So why the sudden climb in prices? It’s all because of gentrification. The middle classes have been moving out of the most desired neighborhoods to find cheaper real estate elsewhere. When they do, the neighborhood slowly becomes more upmarket as they bring all their organic supermarkets and fancy coffee shops with them. This then pushes property prices up and forces the working classes to move into even cheaper areas. Even though it helps improve neighborhoods, gentrification is viewed quite negatively as it forces original residents out of their neighborhood.

Traditionally, people have always thought of neighborhoods as being very tight-knit communities. People always used to look out for one another and help each other out during times of need. But is this still the case? A third of Americans admit that they have never met their neighbors. Doesn’t sound like neighborhoods are still the friendliest of places, right? Well, in actual fact, there is still reason to believe that people still look out for their neighbors. One piece of evidence to support this is all the charity events that are still organized, including the popular charity drive held by Ken Starr owner of Home Comfort. Up and down the country, there are lots of charity drives and fundraisers held by neighborhood committees and association to help raise funds for local causes. So maybe we haven’t become too unfriendly after all!

Something else that is significantly changing in neighborhoods is crime rates. Over the past few years, many neighborhoods, even the ones that traditionally have a reputation for being quite rough, have seen their crime rates drop. Even New York’s The Bronx neighborhood is now safer than 20% of US cities. But does this really mean that our neighborhoods are getting safer? Some experts believe that people are just becoming a lot more aware of how they can improve their own security. For instance, people are now a lot more knowledgeable about home security, and can now make their property impenetrable for criminals. People are also exercising a lot more common sense when they are out and about, such as not walking home alone after dark, which is protecting them from dangerous street crime. However, this doesn’t mean that the various risks are no longer there anymore.