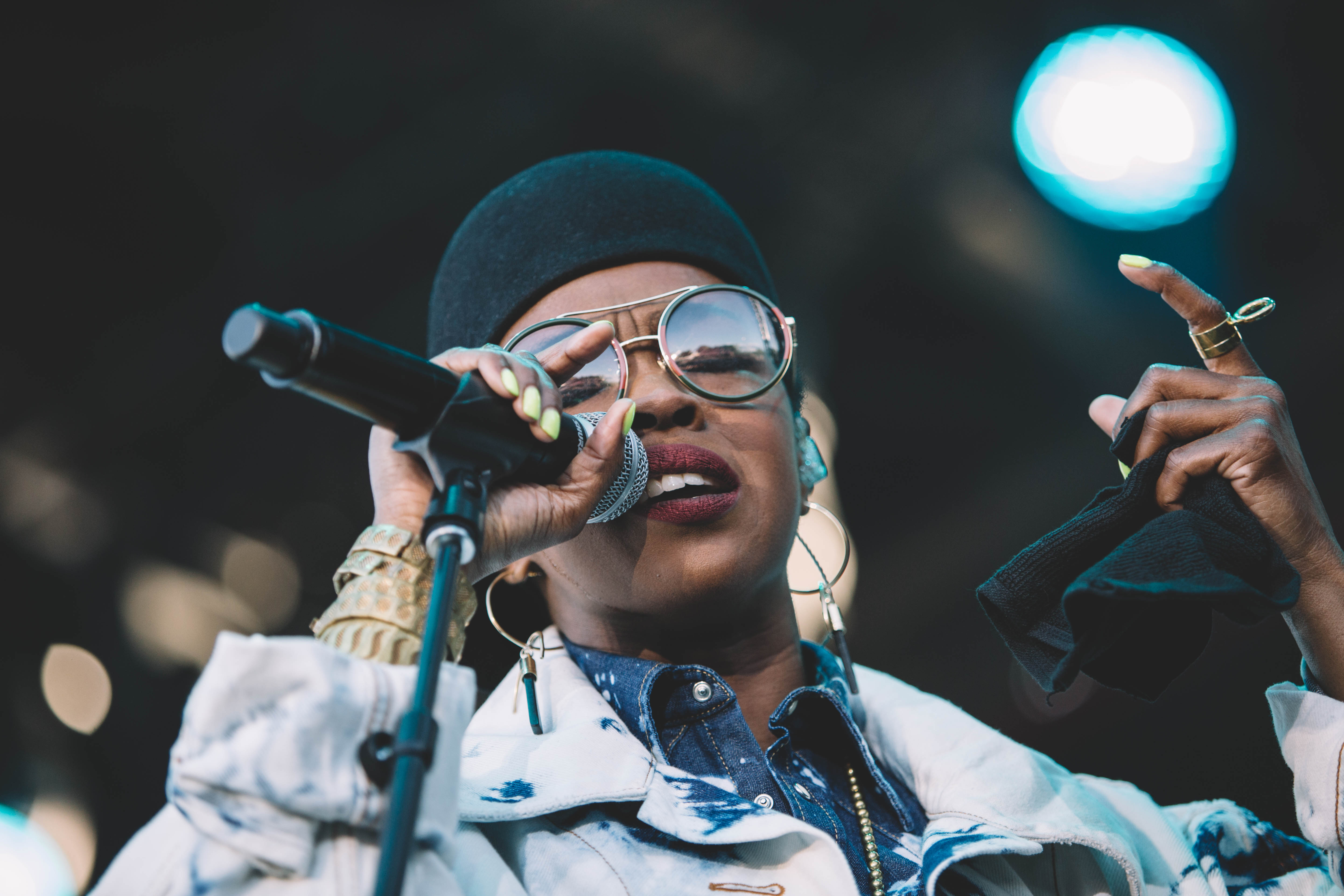 Let’s face it – festivals can be a bit unpredictable. Line-ups change, artists become plagued with ailments, time slots get rearranged. Things happen. This Memorial Day Weekend’s festivities in Minnesota inevitably fell victim to this, which was to be expected given the magnitude of the event. Kevin Gate’s jail sentence ended up being extended back in April. Pittsburgh wordsmith Mac Miller announced that he wouldn’t be attending due to him consoling his girlfriend, Ariana Grande, in her time of need following the tragedy that was the Manchester bombing. The set of up-and-comer Aminé, best known for “Caroline,” was pushed back, and Pusha T’s performance was deferred for an hour or so. T.I. wasn’t on stage until about 25 minutes after his announced time, Ty Dolla $ign had plane delays and thus ended up having to move stages to accommodate his set. “XO TOUR LIFE” rapper LIL UZI VERT unfortunately had to cancel altogether due to illness. Ms. Lauryn Hill, surprisingly, was actually one of the most punctual acts of the day, with only a slight delay in her anticipated appearance.

Despite the hiccups, Soundset was an experience of a lifetime. The event was held on the fairgrounds of Minnesota State in St. Paul on the Midway, as curated per hometown rapper, Atmosphere, and Rhymesayers Entertainment. This was the festival’s 10th installment, and, regardless of circumstance, proved to be an incredibly memorable day for everyone in attendance, rife with surprises and good cheer for its 35,000 attendees. The all-day festival was a true tribute to hip hop culture, almost comparable to a pilgrimage for the mixed congregation of music lovers. Hailing as one of the largest hip-hop dedicated festivals in the world, host Sway Calloway put it the best by saying,” Soundset is the only music festival that features all of the elements of hip-hop.”

This statement could not have rang more true. For the old school hip-hop fans, they had legendary acts such as Brother Ali, Kool Keith and Talib Kweli, as well as contributions for the new schoolers, like Plaboi Carti, Dave East, D.R.A.M., 070 Shake, and Denzel Curry. From the wax scratching of Peanut Butter Wolf and Pete Rock, to the break dancing of the B-boys, this festival was the quintessential hip-hop affair. Albeit, with both elements existing in one space, a notable divide presented itself, as well. This was a given, seeing as you’ll forever have your “old heads” who think everything on the radio is garbage, the indie artists in an onslaught of opposition against the mainstream, and the young fans who detest anything that came before what plays on the current airways. Soundset made it so that’d one would be able to enjoy the festival either way, as every generation was appropriately represented simultaneously.

Gucci Main, fresh from celebrating the one year anniversary of his return from jail and the release of his new album Droptopwop, showed his fans a good time with his  new hits plus the classics, beaming from ear to ear. T.I. brought out all of the stops as well, including “Front Back” and “Bring ‘Em Out,” which were met with full blown crowd participation.

Again, Lauryn Hill’s prompt appearance shocked everyone. She showed up in a timely fashion and did not disappoint, crooning transformed renditions to multiple cuts from her beloved The Miseducation of Lauryn Hill album. The former Fugee showcased her effervescent vocal abilities and lyricism with poise. Pete Rock even came over to open for her after his set.

“Anything can happen at the night show” is a well known lyric from headliner Travis Scott’s tune, “Antidote.” One may call it a coincidence, or fate. You can even chalk it up to destiny. In either case, this could not have been a truer statement in regards to his performance, the final act for the evening. In all my concert going, I have never seen a more ominous precursor to a performance than Scott’s, as an ominous cloud rolled in just moments before he took the stage, erupting with raindrops the instant he began. It had been sheer sunshine all day before this, deeming this extraordinary outcome to be one of almost omnipresent intervention. Complete with a grisly stage setup, pyrotechnics, and an animatronic fowl with enormous wings and innards hanging from its beak, his closeout enactment was nothing short of theatrical. Fueled by the oddly perfect intro of the rain, the rapper added increased tonality to every single lyric, screaming at times, sending the onlookers into a bouncing frenzy. “Open this sh*t up! I want to see crying, I want to see sweat, I want to see blood!” Travis snarled to the crowd as he encouraged them to mosh prior to him executing the newly released, “Butterfly Effect.” Scott has been arrested in the past for inciting riots at his concerts, but no such thing occurred Sunday evening, thankfully for security. He was to perfect selection to headline this event, and put on a larger than life spectacle that left the crowd feeling satiated, despite the happenstances of the day.

If one were to break it down, there were at least 30 different sub-genres throughout the bill. However, they all existed in harmony under the umbrella of hip-hop. Atmosphere’s MC, Slug, made an offhand comment during their set, proclaiming, “This will be the last Soundset ever.” This statement was never quite explained, though it was probably a joke. In the event that this is indeed the final contribution from the Rhymesayers annual festival, their 10th anniversary would have certainly been a phenomenal end to a fantastic run. Of course, we hope that this isn’t the case. This was certainly the biggest and best festival of all the preceding years, and we’re hopeful for another decade of devout hip-hop to look forward to.