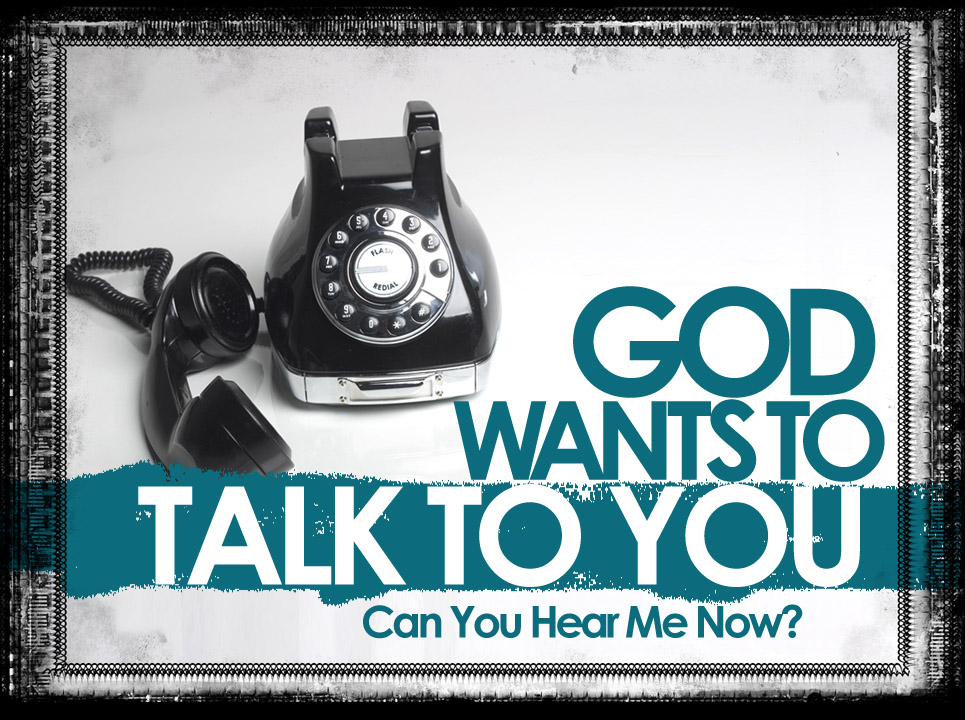 Do you ever hear God talking?  Some might think that’s a crazy question but the author of Hebrews opened that book saying “In these last days God speaks to us by His Son.”  God does speak because He spoke this world into existence and He definitely speaks to us through His written word.  He even speaks to us through circumstances.  In this day of technology and social media, we are bombarded with worldwide news 24 hours a day, some subtle and some dramatic.  You have people getting shot, drunk drivers going the wrong way on the freeway, bombs going off here and there, parents killing their children, politicians lying and telling you what they think you want to hear and  lately some people are even confused on  which bathroom to use.

It’s so much sometimes it’s hard to keep up, but I’ll just categorize these things as circumstances.  The Temptations would call this world in which we live “a ball of confusion”.  I often think that if God allows us to hear or see such confusion then he expects us to learn from it.  I say that because it’s funny how we put our lives on hold when something happens to our favorite entertainer such as Tupac, Biggie Smalls, Whitney Houston, MJ, OJ or most recently Prince.

We have them on such high pedestals that we are totally caught off guard when they break a nail, stub a toe or even worse, die.  Regardless of what happens in this life we have to eventually get a grip and move on because things will happen.  The late great Marvin Gaye used some lyrics in a song that said “there are three things that are sure: taxes, death and trouble.  Marvin was saying what Jesus had told his disciples in John 16:33 “In this world you will have tribulation (trouble): but be of good cheer; I have overcome the world.”

Instead of freaking out over shocking news that you can’t control, I suggest you look at the situation as God speaking to the world through circumstances.   God may allow you to hear about the death of that entertainer that you love to show you that He is in control of everyone’s life.  Remember Isaiah 55:8 says God’s thoughts and ways are not our thoughts and ways.  So the next time you hear or see some shocking news, ask God Is there a life lesson in that situation that you can apply to your life that will enable you to learn and grow.

This month study the life of Jesus Christ in the gospels (Matthew, Mark, Luke, John) and he will speak volumes to your life.  Study the entire bible because God definitely speaks to his people through His written word.  And finally as you go through life, pay attention, because God may speak to you through a particular circumstance.  Again, study the written word to see how that circumstance lines up with what the bible says and then go from there.  God definitely speaks but do we listen?

God the Father spoke when He gave his only begotten Son.  God the Son spoke when He died on the cross and said “It is finished” then He rose from the grave on the third day.  God the Holy Spirit is speaking right now saying accept Jesus Christ, the gift of salvation that’s been freely given to the world and be saved.  God Bless You.

Load More... Follow on Instagram
Gems From Above: Are You Ready to JUMP
Inspiration of the Week : Your Word with Eric Thomas
To Top