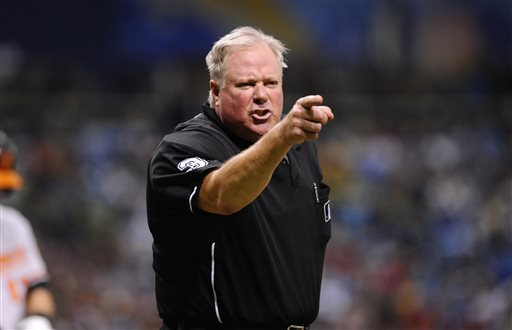 The first time Tim Welke stepped onto a ballfield as a professional umpire, he was a teenager hoping he wouldn’t get yelled at too much.

As the years turned to decades, sure, he got an earful. All umps do. But by the time he walked off at PNC Park last October on wobbly knees that would need surgery, he’d gotten quite an eyeful, too.

Reggie and Yaz, Earl Weaver and Billy Martin. Opening day in Australia, the World Series at Yankee Stadium. More than 4,200 games in the big leagues, spread over 33 seasons.

“It went like a snap,” he told The Associated Press on Wednesday.

Now at 58, Welke is calling it a career. He had his left knee replaced in January, his right one will undergo the same procedure in June.

“I know my body couldn’t go any farther. It’s a young person’s job,” he said. “It’s the circle of life.”

Played out on a diamond, that is.

Welke worked the World Series four times, including the harrowing, rain-suspended matchup between Tampa Bay and Philadelphia in 2008, plus a bevy of playoffs. He did three All-Star Games, handling home plate last year.

“That was one thing I always wanted to do,” he said. “That kind of filled out the checklist.”

In all, he called 4,216 games in the regular season — Joe West is the active leader in the majors with about 600 more.