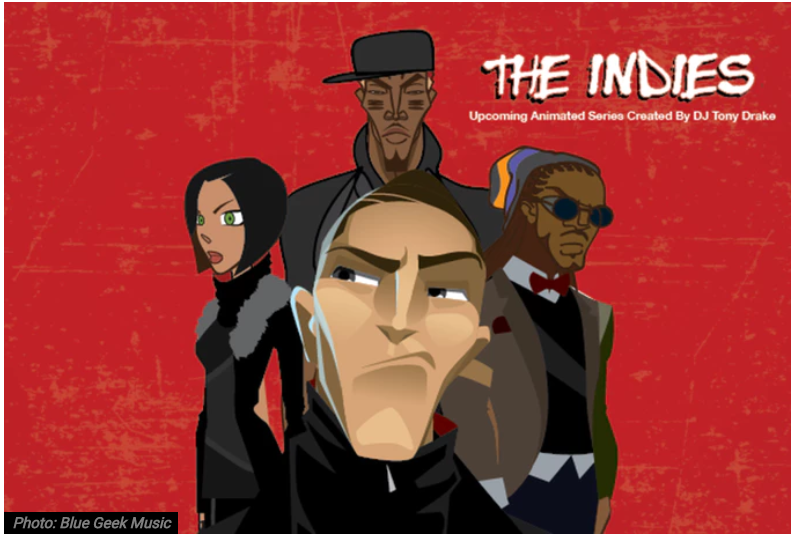 What would you do to make your dreams come true? How far would you go?

A new series from DJ Tony Drake, The Indies, asks just that question.

“It revolves around the main character, Slick, who wants to be the universe’s next big hip-hop star,” Drake told Blavity, “He’s willing to do anything to make that happen. He winds up meeting a DJ who says, ‘Hey, I can make all those dreams come true, you just need to go ahead and sign this contract.’ So Slick doesn’t read the contract, signs it anyway. Come to find out, he actually signs up to be a hitman for hire.”

That’s right: The Indies isn’t just your run-of-the-mill coming of age drama; it’s an action sci-fi epic with a hip-hop soundtrack produced by DJ Drake himself.

Like any great piece of art, The Indies began humbly. Originally, Drake set out to make a mixtape.

“I wanted to make a mixtape is because I feel as though there’s a bunch of artists who are just super, super dope, but don’t get the recognition that they deserve. And … I wanted to give them a platform to get that music out there.”

Drake had the skills to make the tape; he’s spun with everyone from Big Sean to J. Cole. And he had the connections to fill the record with great talent from his days in radio. There was just one little problem.

“If we’re being honest with each other, before [this interview], you had no idea who DJ Tony Drake was. My name isn’t big enough to bring that recognition to them.”