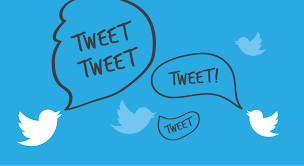 It’s very tempting to read into this: on the iOS App Store, Twitter is now categorizing itself as a “News” app instead of a “Social Networking” app. So excuse me while I give in to temptation. Sarah Perez over at TechCrunch has a very cogent and level-headed analysisof why this should help Twitter’s download numbers and overall rankings. You should read it, then come on back here for the schadenfreude that inevitably follows every single moment in Twitter’s long history of trying do define and / or redefine itself.

Twitter just had a no good, very bad quarter where it missed revenue numbers and despite beating user growth numbers, is still idling at around 310 million active users. In its earnings call, CEO Jack Dorsey repeated his message that Twitter is all about what’s happening live. So thematically, switching from social to news makes a bit of sense: Twitter is where you go to get information. For many users, Twitter is more about reading what other people have to say and watching what other people do than it is about participating themselves.

Except you can’t help but notice that switching from social to news is a fine way to get your icon to not constantly and consistently appear underneath anywhere between one and three Facebook apps: Facebook, Messenger, and WhatsApp. That can’t be fun, day after day.

And so Twitter noped out of the whole category. And I imagine it’s not just because it wants to be at the top of a list somewhere, but because it’s tired of being compared to Facebook. It’ll never catch up in the user numbers game, so it decided to play something else. Twitter wants the comparison to Facebook to stop being one-to-one, and instead be apples and oranges.

Three years ago I posited that it wanted that thing to be some kind of broadcast network that just happened to be social. And the cottage industry of “What is Twitter” analysis has been churning along since it was founded. We keep asking the question no matter how many times Dorsey (and Costolo before him) gives us his answer. It’s almost like we don’twant an answer anymore — but Twitter’s advertising partners clearly do.

So why not a “News” app? Taking on the likes of TV networks seems like a much easier set of giants to slay than Facebook at this point. Why tilt at windmills when you can just go hang out with Sancho Panza?