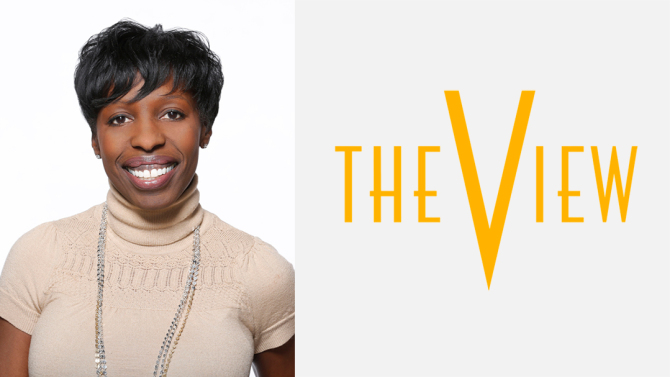 ABC has renewed The View for an epic 20th season. Though the show’s panel — Joy Behar, Whoopi Goldberg, Paula Faris, Candace Cameron-Bure,Michelle Collins and Raven-Symone — reportedly remains unchanged,  interim showrunner Candi Carter (The Oprah Winfrey Show) has been named executive producer of the talk show, becoming the first African American female to do so. Carter joins the ranks of top black TV showrunners such as Shonda Rhimes and Lee Daniels.

“This season The View has once again been at the very heart of the political conversation and cultural conversation in America,” announced James Goldston, president, ABC News. “Candi and the team have worked tirelessly to make The View the place to be heard for an impressive roster of celebrities, politicians and people in the news. Season 20 will begin airing this fall.

Carter has extensive television credits with over two decades of experience. She joined The View last August, serving as the interim showrunner. “It’s an honor to be part of the extraordinary legacy built by Barbara Walters, the exceptional, funny and smart women at the table led by Whoopi Goldberg, and a terrific team behind the scenes,” noted Carter. “Every day is a thrill.”