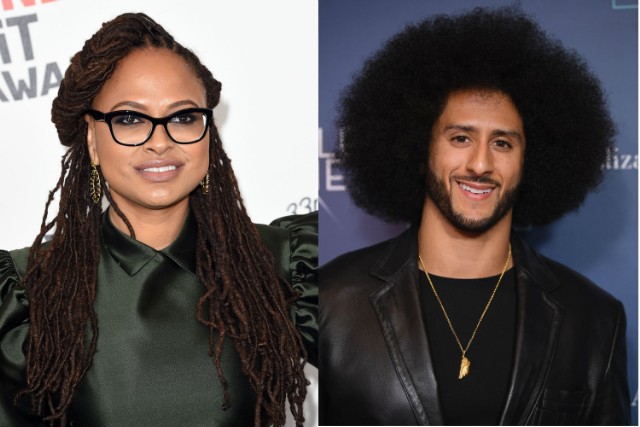 A strong supporter of Colin Kaepernick, Ava DuVernay is now developing a comedy series with the NFL star based on his high school life.

The project has yet to be officially announced, and there is no network attached.

The first news of the project was revealed in a Vanity Fair feature which talked with TV showrunners, including DuVernay.

The piece reads in part, “She’s four weeks out from a trip to serve on the Cannes Film Festival jury, and DuVernay has a lot to do: casting for her yet-to-be-named Netflix limited series about the Central Park Five; working with editors, directors and writers on the third season of Queen Sugar, which started airing May 29; putting the finishing touches on her CBS pilot, Red Line; and meeting with her Wrinkle producer Jim Whitaker on two new projects, including the Battle of Versailles movie at HBO and a TV comedy series with Colin Kaepernick that centers on his high-school life.”

Load More... Follow on Instagram
Before Choosing A Shipping Carrier For Your Business, Consider These Essentials
How Businesses are Using Technology as Their Recipe for Success in 2021
To Top